The King Of Mendacity! 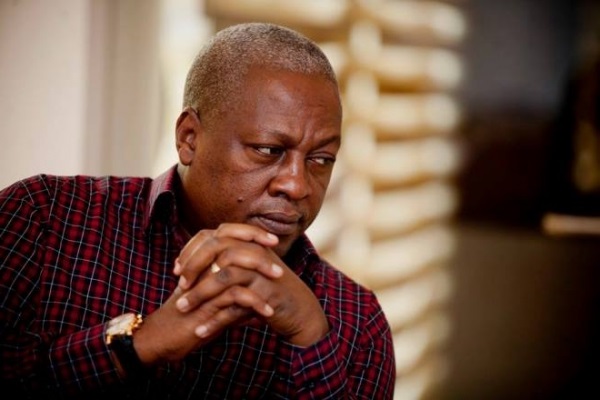 The title of today’s piece reminds me of a cousin whose name I’m reluctant to share with you. We grew up together in the same house at Nima. His stock in trade was telling cock-and-bull stories. Not only was he good at telling mendacious stories, but was also shameless. Although over thirty years ago, I still remember the incident that earned him a nickname in Hausa, which literary translates as ‘King of Mendacity’.

Aunty Amina had a pot of meat on fire and my cousin smartly took two pieces. Unfortunately for him, he had been spotted by Aunty Amina who told him to put the meat back. He swore heaven and earth that he had not taken any meat. He quickly threw the meat away as Aunty Amina approached him. Though a search revealed nothing, the scent of the meat on his palm betrayed him. But the unrepentant liar that he was, he still maintained his innocence.

A few minutes later, he was spotted eating meat at a corner ? obviously after retrieving the meat he had thrown away. When he was confronted again by Aunty Amina, he quickly swallowed the meat and brazenly denied eating meat. You see, not even when he was caught ‘in flagrante delicto’ (right in the act) did he accept his guilt.

I will liken my cousin’s shameless action to President Ogwanfunu’s claim that he was the originator of the Free SHS policy. Not only is the claim laughable, but also shows how brazen he is in telling mendacious stories.

Abusuapanin, we were all in this country when Zu-za vehemently opposed the Free SHS policy in 2008, 2012 and 2016 electioneering campaigns. We all saw the anti-Free SHS adverts in those three elections. How then can a man who led those campaigns now claim to be the originator of something he publicly opposed? It is a pity how desperation can make a man become so shameless!

Ever wondered why it is the Rooster that crows, even though both the Rooster and the Hen are fowls? It is assumed that not only the Rooster recognizes the break of a new dawn; the Hen too does. The question therefore is; why doesn’t the Hen too crow to usher in the new dawn?

I vividly remember the response my late grand mum gave me when, as a teenager, I wanted to know why it was only the Rooster that crowed to usher in the new dawn. She said the Hen could also crow but it was only out of respect that she always allowed the Rooster to crow. She was also quick to add that for the Hen to crow to announce a new dawn whilst the Rooster was around would be abnormal.

Unfortunately, however, President Ogwanfunu’s desperation for power has blinded him to that fact. Of course, he and his party knew the importance of the Free SHS policy. They knew how beneficial it would be to the suffering masses if implemented. But they failed to implement it because they rather believed in ‘create, loot and share’.  They failed to implement it because they were hens and not roosters.

Candidate Nana Dee was the Rooster that crowed at the break of dawn. He signaled the dawn of a new era where all children, whether rich or poor, would be made to enjoy Free SHS. We thank the Bearded Old Man above for granting us life to see this day.

Members of Zu-za fail to understand that trying to imitate the Rooster does not make them roosters. The Rooster crows only at the break of dawn. No wonder it is now that the political Hen is crowing, long after the Rooster had crowed.

For sure, we believe in the originator, and not the imitator. It is the reason we will not allow ourselves to be deceived into believing the mendacious stories of the political ‘King of Mendacity’. After all, we’ve already heard the crowing of the Rooster at dawn, haven’t we?

See you next week for another interesting konkonsa, Deo volente.