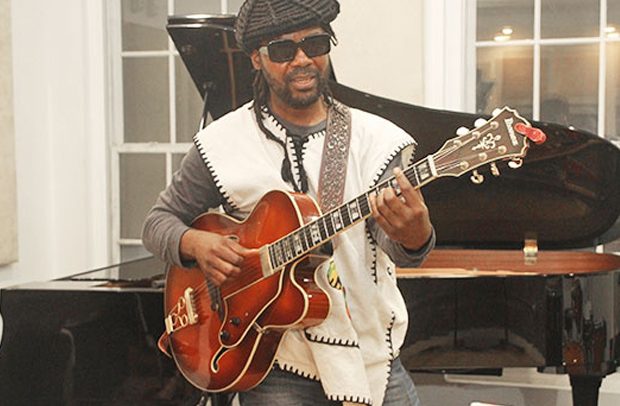 Renowned Ivorian jazz artiste with international recognition, Constant Boty, has officially launched a music project dubbed “Time To Care” to raise funds to support the children of Village of Hope Orphanage located at Gomoa Fetteh in the Central Region.

In addition to the project, Constant Boty also launched a song to be used to raise over 200,000 dollars to support the activities of the orphanage.

The song, which was composed by Dzidzo Johnson, an alumna of Hope Christian Academy, was arranged and produced by Constant Boty together with UK-based Russian jazz artiste, Tamara Raven. The song featured some of the children from the Village of Hope.

Speaking at the launch ceremony held at the premises of the Church of Christ in Accra, the Ivorian jazz artiste said the song aimed at raising funds to purchase equipment for the orphanage’s health facility, the Hope Christian Hospital.

Constant Boty, who has played with several award-winning and top musicians across the globe, produced highly acclaimed compositions, created albums of high quality, and educated many people all over the world about music, mentioned that the project was initiated to save the lives of children, especially at the Village of Hope Orphanage.

According to him, the funds being raised will also be used to support the paediatric wing of the Hope Christian Hospital, which is desperately in need of health equipment and machines to keep unborn babies, new babies and their mothers alive.

For many years, Village of Hope has been providing shelter and a safe environment for children who have been rescued from traffickers.

The village of Hope Christian Hospital provides health care to over 80,000 people in the forty communities spread over three districts in Southern Ghana.

The hospital in this time of COVID-19 has been the only facility that has provided life-saving medical care for children and adults in these rural communities.