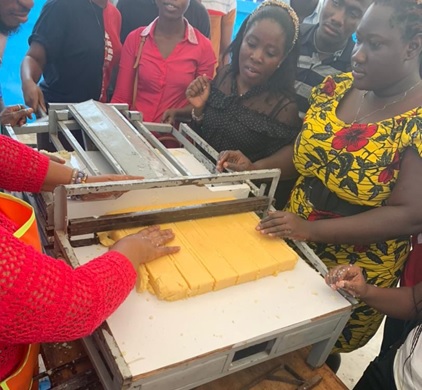 THE TEMA Municipal Assembly (TMA), will soon roll out a skills training programme towards providing hands-on skills for national service personnel deployed to the metropolis.

The MCE for the Tema Metropolitan Assembly, Yohane Amarh Ashitey, who disclosed this in an interview with DAILY GUIDE, said the initiative forms part of plans by the assembly to reduce employment challenges facing most service personnel after they complete their one year mandatory national service.

He said, “TMA observed the gap created after these young ones are done with their national service and asked what they could do for themselves if they were unable to get jobs in the government flagship programmes such as NABCo or unable to secure any white collar jobs. We are, therefore, trying to fill this gap by giving them this skills training to be able to help them work and generate some income for themselves immediately after service while they look for other jobs if the need be.”

He said that the training programme which will be provided annually to service personnel will train about 221 national service personnel in modules such as food processing, soap making, tie and dye, and makeup in the first phase of the programme.

“This is not a one time off programme we want to do, it’s going to become annual thing where service personnel would benefit from it before they finish their service here.  We want to push some entrepreneurial drive in the youth for them to understand that it is not only through white collar jobs that one can make it, but they can take advantage of this training to build their capacity as they go through this training and even receive financial support for expansion in future,” he added.

He mentioned that apart from the first phase that would be solely started by the Assembly, they will collaborate with other state institutions such as the Ghana Enterprises Agency (GEA), TVET institutions, among others, to expand the programme to include other modules such as tailoring, welding and mobile phone repairs which may require some additional capital.

He stated, “The reason why we will look at welding and the others later in the second phase of the programme is that these ones are long term and may take about seven months for them to complete. We may even extend it to other people in the metropolis to learn these skills, like I said, our priority is the national service personnel for a particular year.”

He further said that resources that were needed for the smooth implementation of the programme were ready, adding that budget would be allocated to take care of service personnel who will be deployed to the metropolis.