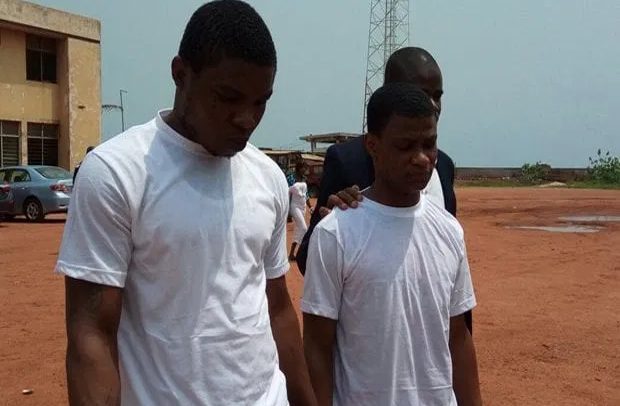 An Accra High Court has fixed April 26 to kick start the trial of two persons allegedly involved in the murder of J.B. Danquah Adu, Member of Parliament for Abuakwa North.

The MP was gruesomely murdered at his residence at Shiahsie in the year 2016.
Daniel Asiedu aka Sexy Dondon and Vincent Bossu aka Junior Agogo were named as persons allegedly involved in the killing of the former MP.

The Court presided over by Justice Lydia Osei- Marfo during Tuesday’s sittings told the constituted seven member jury that they have been summoned to perform a constitutional duty that was grounded under Article 125 (2) of the 1992 Constitution.

The trial judge told the jury to carefully listen to the evidence and decide on the facts as produced by the prosecution.

She noted that the case had attracted a lot of public outcry and comments from the “Court of Public Opinion” and same would continue until the trial ends.

“Anything that will happen outside the confines of the trial should not inform your opinion. No biases, pre-opinions and compose yourselves in private and public and return a verdict that is reflective of the truth of the case,” the court said.

Prosecution led by Principal State Attorney Sefakor Batse, is expected to call 10 witnesses including a pathologist expert. They would be relying on documents filed on November 2, last year.

The court also during Case Management conference and pre-trial conference agreed on some time lines.

In the case of the defence team, Yaw Dankwa, one of the lawyers for the accused persons told the jury it was regrettable that the former Legislature has lost his life and he did not wish that on anyone.

Mr Dankwa said the jury have the biggest task to shape the safety and security of society.

He noted that the jury had heard a lot in the media and they should not look at the personality involved.

Counsel said the defence team in the cause of the trial would prove and debunk proof that Asiedu did not kill nor rob the former MP, adding that Bossu and Asiedu did not act together to carry out the gruesome murder of the MP.

He said the defence team would also prove that the Police did not do any proper investigations to arrest the real culprits and they only decided to pin the act on “innocent citizens.”

According to Mr Dankwa, the real culprits are out there enjoying.

Asiedu, aka, Sexy Dondon, the prime suspect has earlier on pleaded not guilty to conspiracy, robbery and murder.

His accomplice, Bossu, aka, Junior Agogo, a trader, also denied the charge of conspiracy before an Accra High Court.

They have since the year 2016 been on remand.

The two accused persons are being held for their alleged involvement in the gruesome murder of the late Legislature at his residence at Shaishie, Accra, on February 8, 2016.

The Court has made several attempts to have the trial begin with challenges of the Accused persons not getting lawyers.

Asiedu in some instances had prayed the Court to offer him lawyers from International Court of Justice.

The Court got them a lawyer, Augustines Obuor, from Legal Aid, but the lawyer withdrew his services after four years, saying, Asiedu had told the whole world including jurors, on social media that, he was guilty of the offence.

Following the withdrawal of Mr. Obuor’s services, the Court got another lawyer, Yaw Dankwa, also from Legal Aid for the Accused persons.

Mr. Dankwa indicated that he and two other lawyers were being led by George Asamaning, for the accused persons.