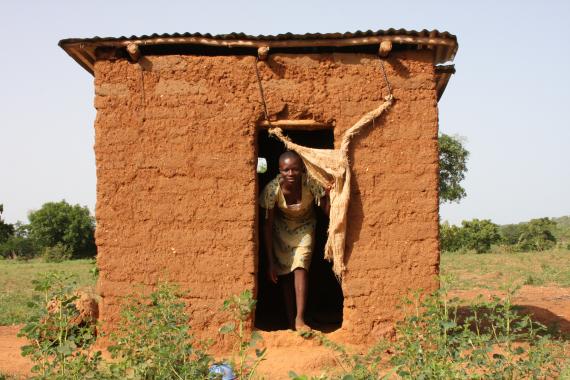 UNICEF, together with its partners have begun a hackathon for young people to showcase their innovative solutions towards ending open defecation in their communities.

The ‘Ideas Hack 21’, launched on the World Youth Skill Day, will give participants the opportunity to share their promising ideas to end open defecation which exacerbates malnutrition and contributes to diarrheal diseases, a leading cause of child deaths in West and Central Africa.

According to UNICEF, the rate of open defecation is five times higher in rural areas (35 per cent) compared to urban areas (7 percent).

Chief of Water, Sanitation and Hygiene, UNICEF Ghana, Ramesh Bhusal, speaking at the launch in Accra said Ghana has achieved modest improvements in sanitation over the past few years but more effort including a multi-stakeholder approach is required to enable the country achieve the SDG target of eliminating open defecation and ultimately achieving universal access to basic sanitation by 2030.

“There are many benefits that Ghana can have if progress on sanitation is accelerated. According to the State of the World’s Sanitation Report (2020), increased sanitation access will result in elimination of cholera and eradication of polio. There will be less stress on healthcare facilities and increased rates of child survival,’ he said.

“Additionally, there will be recreational benefits, particularly for the youth, as we will have cleaner environments and recreational sites including our beaches. It is clear from all these that sanitation impacts several sectors of the country’s economy,” he added.

He therefore observed that it was imperative that the sanitation challenge is tackled from all fronts, hence the hackathon which seeks to harness the power and intellect of young people in addressing the challenges limiting access to sanitation.

Mr. Bhusal noted that ‘Ideas Hack’ is in recognition of young people as key actors in their own development, rather than passive recipients of benefits and services and their capability to change, grow and become positively connected to their community.

We will ensure that the hackathon becomes a collective learning journey for everyone. Ideas Hack therefore, makes provision for youth from poor and remote communities or without formal education who do not have access to digital platforms.

Technology is not a barrier to being creative and innovative, therefore this hackathon will be the opportunity that young people who do not have the privilege of technology to also participate with ideas to solve open defecation in Ghana,” he added.

Final winners of the hackathon selected including through social media by a jury made of various stakeholders, including Governments, partners, the private sector and young people will be showcasing their solutions in November 2021 at the 6th African Conference on Sanitation and Hygiene (AfricaSan 6), hosted by the African Minister’s Council on Water, a specialised Committee for Water and Sanitation of the African Union.

Winners from Ghana will face their counterparts from Nigeria in a multi-country challenge to determine the best ideas for ending open defecation.

The winners will also have the opportunity to put their solutions into practice in 2022 and get additional support to incubate and improve on their ideas, in partnership with UNICEF.

While Nigeria and Ghana are part of the first phase of the hackathon, other countries from the West and Central Africa will join later.