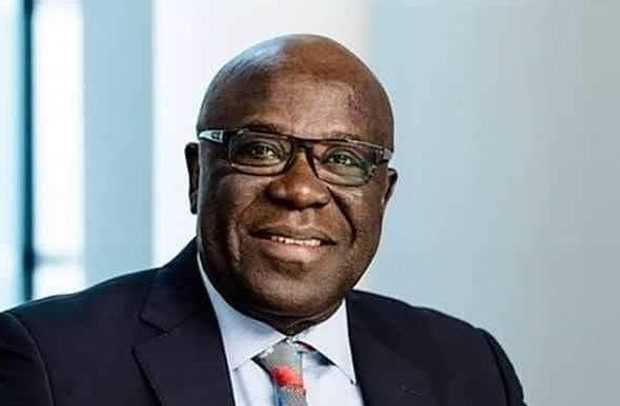 Where we part ways is Sir Sam’s foundation for his concerns as an investor.

As I have already shown, the strong economy we built pre-Pandemic has enabled us to better withstand it, and Sir. Sam’s characterisation is at odds with the facts.

But, just in case there is a secret sauce set of metrics Sir. Sam uses in analysing the investment potential for Ghana, it may be against the grain of common belief, and may even be swimming against the tide of evidence.

The Global Investment Competitiveness Report 2017/2018, which captured the views of business executives of multinational corporations identified the following as critical factors affecting investment decisions in countries such as Ghana:

Available Talent and Skill of Labour: 28%

Low cost of Labour and Inputs: 18%

Financing in the domestic market: 11%

Ghana’s performance across a raft of global metrics measuring these expectations has been consistently positive.

For example, after 28 Years of post-military coup democratic governance, five elected presidents, and three peaceful transfers of power between different political parties, there is no doubt that Ghana offers the political stability and security investors look for. This is reflected in its ranking as the 6th most democratic Sub-Saharan African state (EIU’s 2020 Democracy Index. It is also the 59th in the world, tied with Croatia) and 30th (out of 180) in the 2021 World Press Freedom Index.

Data from the World Bank’s Global Consumption Database (2017) show Ghana has the 8th largest ‘consumer opportunity’ in Africa, valued at about US$17.6 Billion and Ghana sits at the nexus of African trade as host of the Secretariat of the African Continental Free Trade Area (AfCFTA). With over 1.3 billion people and a GDP of about US$3.4 trillion, it is estimated that “if Africa were to increase its share of global trade from 2 to 3%, this one percentage point increase would generate approximately US$70 billion of additional income per annum for the continent.” Continentally, and Ghana is at the centre of it all, AfCFTA will deliver 33% in intra-Africa trade, US$16 billion in welfare gains, a 1 to 3% growth in GDP, 1.2% growth in jobs, and a 50% decline in Africa’s trade deficit (IBRD/WB 2020; WEF & Deloitte, 2021).

This is extremely important for current and future investors. In choosing Ghana as its Africa HQ, Twitter said, among other things, that: “Ghana’s recent appointment to host The Secretariat of the African Continental Free Trade Area aligns with our overarching goal to establish a presence in the region that will support our efforts to improve and tailor our service across Africa.”

If our attractiveness as an investment destination is in doubt in Sir Sam’s perspective at this point, here are other factors that should give him and his fellow travellers additional comfort:

Ghana improved three places, from 9th to 6th, in the RMB 2020 Investment Attractiveness Rankings, ahead of Nigeria, Cote d’Ivoire, Ethiopia, Mauritius, and Tunisia

From a rank of 13 out of 20 countries in the 2019 Absa Africa Financial Markets Index, Ghana improved to 6th (out of 23) in 2020. As the report indicates, Ghana is one of three countries that improved the most, the Pandemic notwithstanding.

These, among many other reasons, is why Google chose Ghana to build its first AI Lab in Africa, why Africa chose Ghana to host the AfCFTA Secretariat, and Twitter chose Ghana as its Africa HQ. It is also the reason several global brand automobile firms are lining up investments in Ghana, with Volkswagen and Sinotruk already in production.

Clearly, Ghana, beyond the economy, and by several other factors measured by these surveys, is an extremely attractive investment destination and reflects in the vote of confidence in the 2020 FDI flows.

On another note, while Sir. Sam advises us that “we really ought not to take comfort in comparing ourselves to the rest of Africa [and] that we must compare ourselves to the rest of the world,” he seems to have ignored all the above global indicators and how Ghana performs along them, choosing, instead, to reference the as yet unpublished KONFIDANT report, publication of the full report which has been postponed on a few occasions though an Executive Summary has been published (“Ghana’s Competitive Potential in the AfCFTA.”

But even then, Sir Sam chose to focus on the relatively minor negative aspects of the Executive Summary and not the several, significant positives. For example, the executive summary indicates that Ghana, out of 54 African countries, has “generally impressive” Export Value Rankings in seven product categories: plastics, mineral oils, pharmaceuticals, metal manufactures, agro-processed goods, cosmetics, and textiles.

By focusing on the negatives and not balancing it with the pointers for growth area, Sir. Sam unfortunately obscures the opportunities for Ghanaian exports within AfCFTA.

In any case, beyond the gaps indicated by the report, the 2021 UNCTAD Productive Capacities Index shows that Ghana’s productive capacity ranking improved from 143 in 2016 to 139 in 2018 while the World Bank indicates that Ghana is one of just five countries whose exports to AfCFTA partners will double or triple from the current baseline. And faster too (IBRD/WB, 2020).

Surely, that is a more positive platform on which to market Ghana’s readiness for AfCFTA?

On indigenisation, Sir Sam omits the significance of recent events, for example in the financial services industry when he simply repeats that a PwC report in 2019 says “only nine (9) out of 23 Class 1 licensed banks had majority local ownership with the rest being majority foreign-owned.”

The public record cannot be any starker: the Russian Roulette that principals of many indigenous banks were playing with depositor funds cost us over GH¢21 billion (about 4.6 percent of GDP) to clean up to date!

Furthermore, the nine indigenous banks that were closed were to a large extent absorbed by other indigenous Ghanaian banks – GCB and CBG – ensuring stronger Ghanaian ownership in the banking sector while GAT, an SPV with 100% Government of Ghana ownership, has also successfully invested in 4 indigenous banks to help them meet the new capital requirements. In the process, funds of 4.6 million depositors, investments of 81,700 people, and 10,000 jobs, which otherwise would have been lost were saved.

The “facts” as used in Sir Sam’s reflections, is incomplete and unfortunately creates an inaccurate impression to domestic and international investors.

I also disagree with Sir. Sam when he suggests that we are not fighting corruption, and in particular, not punishing corrupt public officials.

Once again, I cannot, for reasons of time and space, repeat in full what the current government has done in fighting corruption. I will refer those interested to the 2020 NPP Manifesto.

However, I will like to draw Sir Sam’s attention to the fact that forty (40)+ high profile individuals are facing charges over various corrupt acts in monetary terms totalling about US$265.5 million and GH¢2.225 billion, and that to date, six (6) have been found guilty, three (3) of whom have been jailed and ordered to refund US$3 million to the state. The other three (3) have been ordered to refund GH¢18.5 million and forfeit assets, including eight (8) buildings and five (5) luxurious vehicles to the state.

This, certainly, is inconsistent with his conclusion that “corrupt people, especially in high places will never face punishment.”

There are many other subjects that Sir Sam touched on which are deserving of review but I do not think any useful purpose would be served rehashing and “litigating” them.

I hope, however, that in this piece I have been able to properly contextualise some of the key issues he raised, and, hopefully, corrected some of the wrong impressions he may have inadvertently created.

I welcome other views on this matter so together, we can enrich the discourse. Ghana will be better for it.

Don’t Go On The Street - Mr. Logic To #Fixthecountry Activists