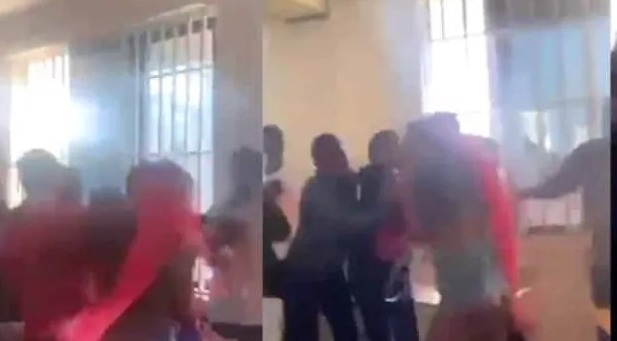 Two female students of the University of Professional Studies, Accra, (UPSA) threw caution to the wind when they traded blows as in a lecture hall.

It’s unclear what led to the fight, as they were seen aggressively swinging their arms in a bid to land punches at each other as they dragged each other’s hair and clothes.

In the viral video trending on social media, some men were seen separating them while the rest of their mates cheered on and recorded the ugly scene with their phones.

One of the ladies underwear was spotted with a long braided pink hairdo that was eventually exposed after her skirt rolled up above her rounded bum.

NICU Soldiers’ Give To Mothers