US Embassy Bounces NDC On PDS 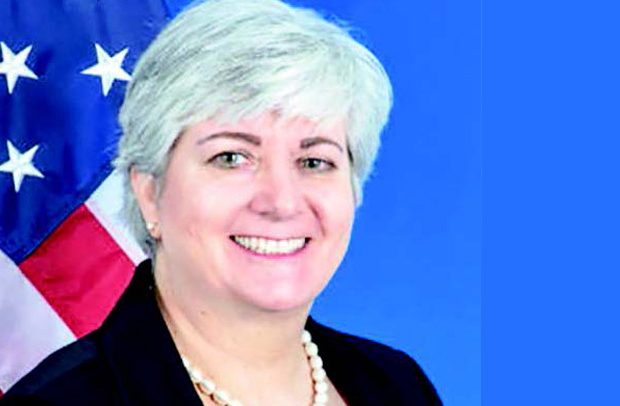 THE U.S. Embassy in Accra has stated it is firmly in support of the decision by the Akufo-Addo administration to investigate issues surrounding the recent brouhaha that struck the Power Distribution Services (PDS) in connection with Al Koot, a Qatar-based reinsurance broker.

The embassy yesterday said it was awaiting an independent forensic audit of the PDS concession deal directed by the board of directors of Millennium Development Authority (MiDA)  before it decides on its next line of action.

It stated these in response to some questions posed to it by Accra-based Citi FM on the PDS saga.

It highlighted that “the U.S. government strongly supports the decision. The findings will inform the decision on the fate of PDS in Ghana.”

“Only then can all relevant parties make a transparent and evidence-based decision that is in the best interest of the citizens of Ghana,” the embassy added.

The Minority in Parliament recently petitioned the U.S. Ambassador to Ghana, Stephanie S. Sullivan, for investigations to be carried out by U.S. government into the operations of the Power Distribution Services (PDS) in Ghana.

Signed by the Minority Leader, Haruna Iddrisu, the missive was delivered to the U.S. Embassy in Accra by Samuel Okudzeto Ablakwa, Ranking Member on Parliament’s Committee on Foreign Affairs.

The Minority said its action was justified because “a clearer picture is now emerging that the Akufo-Addo government stands complicit with top functionaries and cronies neck-deep in the putrescent sleaze.”

It mentioned that the Akufo-Addo administration “cannot be trusted to conduct thorough and independent investigations into this scandal of monumental proportions.”

Finance Minister in US

Meanwhile, Finance Minister Ken Ofori-Atta is leading a government delegation to Washington DC, USA, to meet officials of the State Department and explain to them what led to the recent suspension of Power Distribution Services (PDS) from operating Ghana’s power distribution services and inform them about the ongoing investigations.

Another delegation has also been dispatched to Qatar to meet officials of Al Koot, the embattled reinsurance company, whose documents are at the centre of the controversy.

Already, Information Minister Kojo Oppong-Nkrumah has labelled the NDC petition to the U.S. government as needless and shameful because the American government had already expressed its confidence in government’s ability to do a thorough and fair investigation.

“It is shameful how politics has destroyed us as a nation. This same American government that you despised because you claimed it was setting up a military base in the country, which will attract terrorists attacks and that the American soldiers will be raping our girls for which reason you started various campaigns against that deal has in a short while become so important to you that you have confidence in it to investigate PDS saga,” he stated.

“This is not the first time. They repeated same when they petitioned the Securities and Exchange Commission of the U.S. over the US$2.25 billion bond issue. So, as usual, this will come to naught. They are always suppressing the truth because of politics, destroying our nation in the international arena just because they want to make political capital out of everything,” the Information Minister declared.