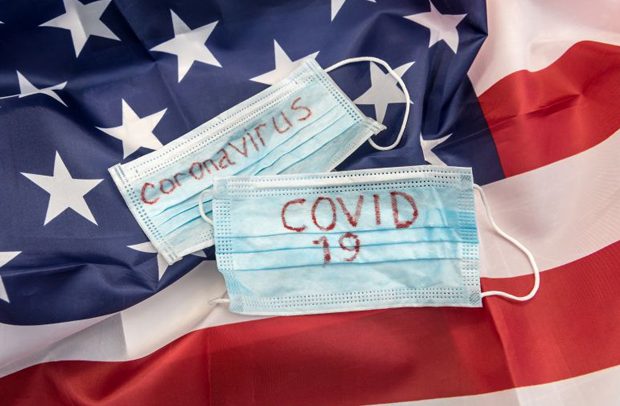 The United States of America (USA), tops current global record of COVID-19 cases, with a total of 164,610 confirmed cases with 9,000 deaths.
Reports indicate that New York is the hardest hit, with over 900 deaths as at Tuesday, March 31, 2020.
President Donald Trump, has stated that the next 30 days was vital for the country in curbing the spread of COVID-19 infections.
He, however, said over a million Americans have so far been tested for COVID-19, which was more than any nations globally.
The President, however, insisted that social distancing could save over a million lives, hence maintaining a month more shutdown was important, saying the country had no other option than to adhere to these measures.
Spain on the other hand recorded the highest number of deaths from COVID-19 infection in a single day, with 849 fatalities in the last 24 hours.
Spanish deaths now total 8,189 with 98,417 overall confirmed cases of infections.
However the country’s health authorities have stated that this was the peak, and hoped the figured would soon begin to drop, but healthcare professionals have stated that this was far from the picture.
They said they were still overwhelmed by the huge number of sick patients from the COVID-19.
Meanwhile Italy has extended its lockdown until Easter, (April 12, 2020), as the country begins to records some decline in the rate of new infections.
The country’s total number of confirmed cases of COVID-19 according to the Johns Hopkins University, stands at 101,739 with a total of 11, 591 deaths.
Its health facilities had been overwhelmed with huge number of cases, and healthcare workers had been complaining about shortages in Personal Protective Equipment (PPEs).
They said this was bound to put them in danger of getting infected and further transferring it unto their patient and families.
The United Kingdom (UK) has also recorded 180 more deaths within the last 24 hours bringing its current total number of fatalities to 1,408, and a total of 22,141 confirmed cases of COVID-19 infections.
Healthcare personnel, had also been complaining about shortages in PPEs, and asked for a clear direction from the government as to what ought to be done, because frontline staff had earlier been advised not to work without adequate protection.
The WHO has also warned that the virus was far from being over in the Asia Pacific Region, and urged governments to prepare for mass infections in the coming days.

NDC Fighting Over Elections As Ghanaians Suffer From Covid-19