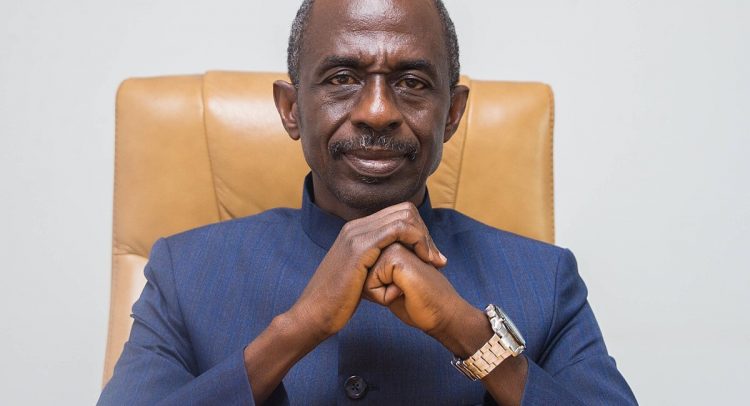 General Secretary of the opposition National Democratic Congress (NDC), Johnson Asiedu Nketia appears to have endorsed the misunderstanding ongoing between the Majority and the Minority Members of Parliament over the passage of the controversial Electronic Levy as he has charged the NDC MPs to use all means including violence to resist any attempts to pass the bill.

The NDC Chief Scribe also a Member of the Parliamentary Service Board has stated categorically that if slapping the 1st Deputy Speaker and Bekwai MP, Joseph Osei Wusu will make him do the right thing, the Minority shouldn’t hesitate to do so.

Addressing the Ashanti Regional Youth Wing of the NDC in Kumasi on Sunday, February 6, Asiedu Nketia stated that “So long as impunity will not stop, resistance has been imposed on us as a duty. If a deputy speaker decides to vote and at the same time play the role of a referee if slapping him will make him do the right thing, don’t hesitate”.

He further charged the supporters in the Ashanti Region to adopt a winning attitude since that is the surest way of winning the 2024 elections.
He lamented that “NPP won Hohoe because they adopted a winning attitude although, we know a lot of things didn’t go down well”.
He also called for party unity saying “factions are affecting the NDC in the Ashanti region; the camp syndrome is affecting the party in the region and must stop immediately. You need to stick together to wrestle power from your main opponent”.

Mr. Asiedu Nketia’s comments come at a time stakeholders have said they do not expect fisticuffs in Parliament again as happened during the first session of the 8th Parliament last year.

On Monday, December 20, 2021, Members of Ghana’s Parliament could not hold their emotions as some exchanged blows in the House just before the final vote on the controversial Electronic Transfer Levy Bill, also known as e-levy.

The sit-in Speaker, Joseph Osei-Owusu, had announced that a division would be followed to approve the Bill, presented under a certificate of urgency, and he was going to vote as well in his capacity as a Member of Parliament.

That appeared to have provoked the National Democratic Congress (NDC) members, who questioned his decision to vote after presiding over the night’s proceedings.
They moved to the front of the dais, issuing threats at the Bekwai MP.

This got the Majority MPs to also start agitations and immediately Mr. Osei-Owusu handed the presiding role to the Second Deputy Speaker, Andrew Amoako Asiamah, the fight broke out

Meanwhile, the Information Minister, Kojo Oppong Nkrumah, has urged Members of Parliament, especially the opposition lawmakers not to physically obstruct the process in the House even if they strongly disagree on an issue.

He said MPs are allowed to disagree with the government on any issue but they must commit themselves to a civil, mature process of resolving the disagreements.
He said this while answering a question as to whether the fights in Parliament over the E-levy policy proposal in the 2022 budget will taint Ghana’s image on the international market, during a press conference addressed by Finance Minister, Ken Ofori-Atta in Accra on Wednesday, January 19.

The Ofoase Ayirebi lawmaker said “I think colleagues, you have to help us speak some truth to ourselves. Chaos is not a way of resolving disagreements. There is nothing wrong with parliamentarians disagreeing on a particular measure on the table. The rule says that when we disagree we debate to try and convince one another, we can have conversations and engagements like the Minister has done throughout and then, when we finish, we subject it to a vote”.

“In this country, on the 7th of December every four years, before that, we may disagree on who should be president, we don’t fight about it. We allow people to campaign and debate and in the end we all queue up and vote, they count and take the decision that where the Majority went is where Ghana wants to go”.
“That way, chaos does not ensue, international market and everybody else looks at us as a civilized, mature Republic.

“But to begin to physically obstruct the process is something all of us collectively must speak against. It is not, will you go and beg them, will you go and negotiate, no. We must speak the truth that physically obstructing the process, imagines somebody going to physically go to obstruct voting on the election day in this country, we will agree that that is not the right thing to do. It is the same spirit we must bring to bear on this one”.

“There is nothing wrong disagreeing but we must commit ourselves to go through a civil, mature process for resolving that disagreements” Oppong Nkrumah noted.