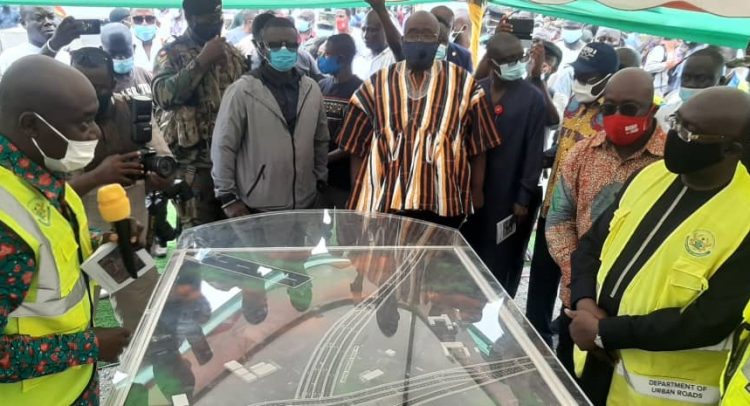 The Vice-President, Dr. Mahamudu Bawumia, yesterday cut the sod for the construction of a three-tier interchange at the Kwame Nkrumah Roundabout, also called PTC Roundabout, in Takoradi.

Upon completion, the project will be the first of its kind in the Western Region, and it is expected to ensure free-flowing traffic in the Sekondi-Takoradi metropolis and beyond.

The project would be undertaken by Messrs Sinohydro Corporation Limited for a contract period of 30 months.

The PTC Roundabout is an intersection of five roads including the Agona Nkwanta road, Sekondi bypass, Cape Coast road, Liberation and Axim roads, and it has been experiencing heavy congestion during morning and evening peak periods.

Major developments around the PTC Roundabout include the redevelopment of the Takoradi Market Circle which commenced in September this year, and it is expected to be completed in 2023. It also includes the ongoing Takoradi Port expansion project.

The interchange is expected to have streetlights, walkways and public transport facilities to improve the capacity of the intersection and ensure the safety of all road users.

At the official sod-cutting ceremony, the Vice-President said the interchange would bring to six the number of interchanges the Akufo-Addo government had started in its first term in office. 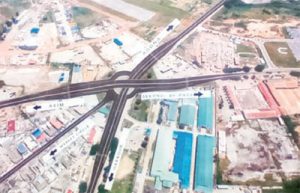 “We are working on the Tema, Obetsebi Lamptey, Pokuase, Nungua and Tamale interchanges,” he stated.

He said the construction of the PTC interchange was part of the master project support agreement between the Government of Ghana and Sinohydro Corporation.

“The Western Region is the backbone of the country’s economy and continued to attract and receive high volumes of vehicles and trade from the West African sub-region as well as investments from the world over due to the oil and gas opportunities.

“This has no doubt contributed to the traffic situation during morning and evening peak periods within the regional capital. With this interchange coming on board, the commuter can now heave a sigh of relief.

Western Regional Minister Kwabena Okyere Darko-Mensah appealed to all the road users to accept the inconvenience of traffic diversion and other instructions that would be issued by the engineers.