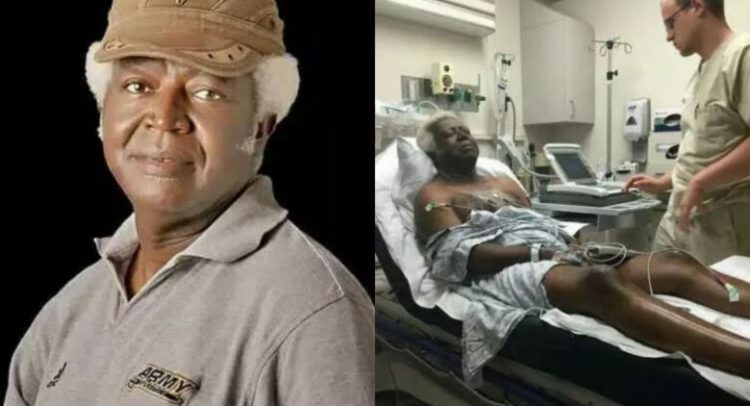 He is said to have passed away today, April 10, 2021, at the National Hospital, Abuja,
after battling diabetes and blindness for years.

He is reported to have been in Coma for about three weeks.

His mortal remains have since been deposited at the hospital’s morgue for preservation.

His family is yet to communicate the date for the final funeral arrangement to the media.

Chief Bruno was one of the prolific actors in Nigeria and acted in hundreds of movies notable among them being ‘World Apart’, ‘Magic Cap’,’ Keeping Close ‘,’ Faces of Love’.

At the 3rd Africa Movie Academy Awards, Chief Bruno won the best supporting actor award for his role in the movie ‘Sin of the Flesh’.

Man Catches Girlfriend Bonking As He Went To Propose