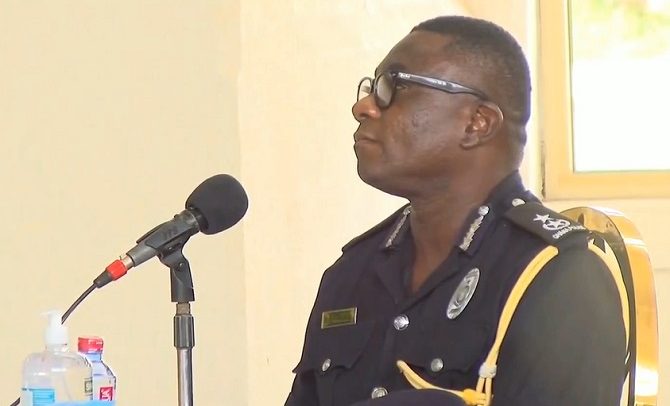 The Ashanti Regional Police Command say they were overwhelmed by the events that led to the death of two persons during the June 29 Ejura youth protest, which turned violent.

Ashanti regional Deputy Regional Police Commander Deputy Commissioner of Police (DCOP) David Agyemang Adjem, , told the Ministerial Committee investigating the Ejura Disturbances that the Command did not anticipate the event, in the Ejura-Sekyedumase District in the Ashanti Region, to degenerate into such violence.

Four other persons were injured in the incident, which followed the burial of Ibrahim Muhammed, alias Kaaka Macho.

Kaaka, 45, described as a social media activist, died at the Komfo Anokye Teaching Hospital Hospital, on Monday, June 28, while receiving treatment from injuries he sustained from attacks by some unknown assailants, when returning home on his motorbike on Sunday dawn.

DCOP Agyem said though the Police had intelligence that there could be a protest after the death of Kaaka, they did not expect the situation to get out of hands, especially with the presence of the military.

He said the Police had assumed that the presence of the military would have scared the protesters and stated that the assumption was miscalculated.

Answering questions on why his men on the field did not use teargas and other safer riot control mechanisms, he responded that the team did not have teargas on that particular day.

He said both the Police and the Military did not deploy personnel to Ejura to kill anyone but to protect lives and property, therefore, it was unfortunate that two lives were lost.

He said despite the professionalism exhibited by the security personnel, the angry youth pelted them with every object they could lay their hands on.
This, he explained, forced the Police to retreat for the Military to take over the operation.

The Police operations, according to the Deputy Regional Commander, focused more on protecting vital government installations, such as the Municipal Assembly’s building and the Police Station because they had picked intelligence that the youth were targeting those facilities.

Abdul-Nasir Yussif and Mutala Mohammed died from gunshots during the incident.

This sparked public outcry over the deployment of the military in domestic riot control operations and the use of safe but effective riot control mechanisms.

Meanwhile, three persons have been remanded by the Asokwa District Court following their arrest over Kaaka’s death.

The sittings, which started on July 6, are held at the Prempeh Assembly Hall in Kumasi.
The Committee has 10 days to present its report after their investigation.
GNA

Nominations Open For 2021 Forty Under 40 Awards