Nominations Open For 2021 Forty Under 40 Awards 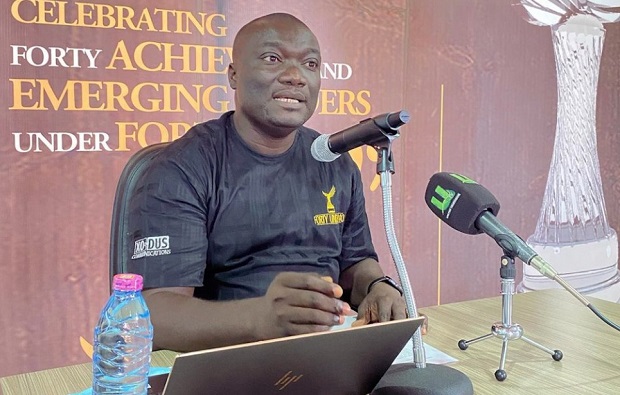 Xodus Communications Limited, organisers of the annual Forty Under 40 Awards, has officially opened nominations for this year’s edition of the event slated for October 8 at the Kempinski Gold Coast Hotel in Accra.

The awards ceremony is being organised to recognise and celebrate 40 emerging leaders under the age of 40 who demonstrate or impact personally and/ or professionally through their exceptional leadership.

Categories for the scheme cover a wide range of all the various sectors ranging from banking, finance, energy, family business, agriculture, theatre and arts, journalism, fashion, law, sports, event management, health, technology and innovation among others.

The nomination period for this year’s Forty Under 40 Awards runs from this month, July 1 to August 13. Official nominees for the event, according to the organisers, will be published on September 1, 2021.

To commemorate this year’s occasion in a very remarkable way, the organisers say five past achievers who are doing exceptionally well in their various fields on the account of winning the Forty Under 40 trophy are going to be honoured justifiably.

“We believe that in putting the spotlight on these young achievers it will not only celebrate them but also build a strong platform for them by giving a voice and opportunities to the next generation of industry pacesetters while building a positive attitude in our youth to strive for excellence at a tender age,” the organisers said.

Speaking to the media in Accra, Chief Executive Officer of Xodus Communications Limited, Richard Abbey Jnr., stated that putting the spotlight on the younger generation will build a positive attitude in the youth to strive for excellence.

According to him, the awards has become the benchmark for many young leaders in the past five years, adding that most winners and nominees have risen the ranks as result of the endorsement of their achievement by this rigorous and credible awarding scheme.