We Shall Beat You! NDC Saboteurs Warned 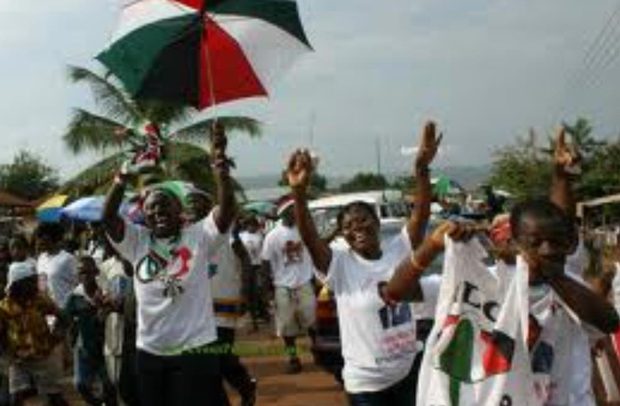 NATIONAL DEMOCRATIC Congress (NDC) members that have protested against the election ex-President John Mahama as the party’s flag bearer for the 2024 general elections have been warned to tread with caution.

A former District Chief Executive (DCE) for Sekyere Afram Plains in the Ashanti Region under the John Mahama’s administration, Mr. Fuseini, who is also a staunch supporter of Mr. Mahama, has indicated that all saboteurs of the former President would be manhandled from now onwards.

Speaking on ‘Akoma FM’ in Kumasi on Thursday, he said that the demands of the so-called NDC group who were standing against the re-election of Mr. Mahama did not make sense.

“We shall beat the members of this so-called NDC group if they dare step foot in any of our (NDC) party offices across the country to make such childish demands,” he warned.

“When did Mr. Mahama start collecting NDC pink sheets after elections?” he asked, stressing that “anybody that would take Mr. Mahama’s leniency to be his weakness would live to regret it.”

According to him, followers of Mr. Mahama have been overly ‘gentle’and so some party members have taken advantage of that to misbehave.

He said they would now start reacting violently towards such people.

“Some people have been pampered for quite too long in the NDC, and we shall no longer tolerate their insubordination,” Mr. Fuseini said, adding “we are ready to beat such people henceforth.”

According to him, the NDC just came out of national elections that the party nearly won so what the NDC now needed most was total peace and not unnecessary ugly noise, as he put it.

It would be recalled that some aggrieved members of the party, few days ago, hit the streets where they accused former President Mahama of hijacking and running the NDC party down.

The angry-looking NDC members asked Mr. Mahama, who led the NDC to a second successive electoral defeat, to account for all the NDC pink sheets for the December 2020 general election.