‘What Does YOLO Mean To Me’ Series Outdoored 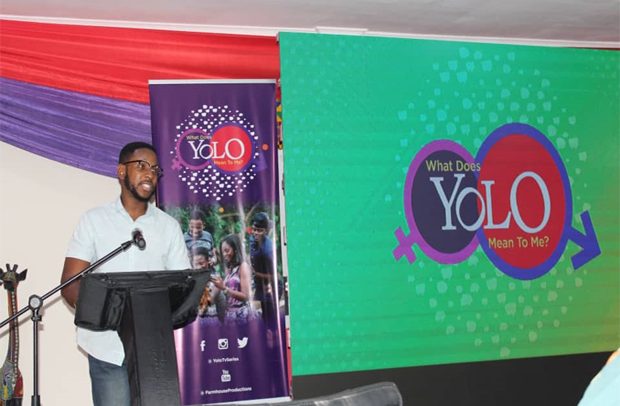 Cyril Adatsi, one of the lead Stars of YOLO

A new television series, ‘What Does YOLO Mean To Me’, produced by Farmhouse Productions, has officially been outdoored.

‘What Does YOLO Mean To Me’, a 13-episode documentary, features interactive discourses which covers topics ranging from sexual harassment, rape, menstruation, cyber bullying, teacher-student relationships, drugs, and alcohol, among others.

The new series commemorates five seasons of the award-winning television drama ‘YOLO – You Only Live Once.’

Madam Stephanie Sullivian, the United States Ambassador to Ghana, in her remarks via video at the launch, indicated that they were drawn to YOLO series due to its portrayal of life experiences for youth across Ghana and the world at large, evoking the promise of a brighter and healthy future.

“The active participation and leadership of youth in society are vital to a country’s development. We know challenges such as youth unemployment and teenage pregnancy that impede the need for participation of young people. YOLO tackles these important issues in real, frank and open discussion,’’ she said.

Madam Sullivian said the United States was committed to engaging youth in Ghana’s development, especially during these difficult moments of COVID-19 pandemic.

Mr. Kofi Issah, Director of the Family Health Division at the GHS, delivering his keynote address, highlighted the need for the investment in the youth because they represent the fulcrum around which the society evolves.

Mr. Issah said the new serial would reinforce the messages of reproductive health in previous seasons, and would explore various options to getting the series to the hinterlands where cases of teenage pregnancy are more prevalent.