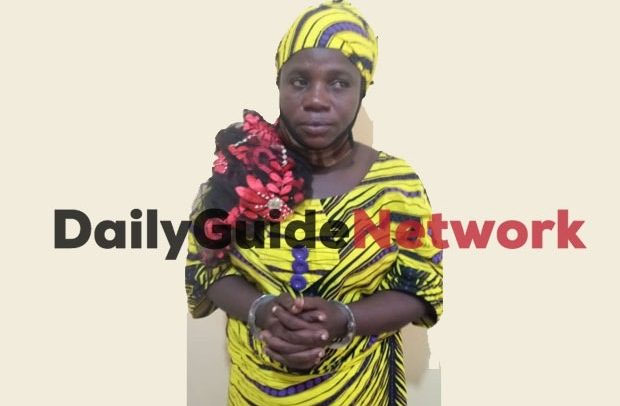 A medical report presented to the Tamale High Court yesterday showed that Sherina Mohammed, aka Hajia Filipina, aged 40, who is currently in custody over the lynching of a 90-year-old woman, had shown she was not pregnant.

Hajia Filipina is one of two women suspects being held in custody in Tamale for allegedly instigating the gruesome lynching of Akua Denteh on claims of witchcraft sometime last year.

She had claimed through her lawyer that she was pregnant and wanted bail but after a medical examination as ordered by the court, she had been told she was not pregnant.

When the case was called yesterday, court presided over by Justice Richard M. Kogyapwah said the medical report of the first accused person (Sherina Mohammed) of her pregnancy came out negative.

The accused counsel, Abass Kalimba Amankwa, could not make it to court and for that reason the case was adjourned to April 19, 2021 and April 26, 2021.

The pregnancy issue initially came up on February 22, during case management, and the court subsequently made an order on March 16, 2021 for the suspect to undergo pregnancy test.

The State Attorney prosecuting the case, Francis Ayamwuni Asobayire, had objected to the application for a bail for the accused person, insisting that there was no medical record to prove that she was pregnant.

They then said that in the interest of justice the accused person should undertake a pregnancy test, and subsequently made an order for the test to be done to enable the court to determine the bail.

The lynching of the 90-year-old woman at Kafaba near Salaga in the Gonja East Municipality of the Savannah Region sparked public outrage last year.

Hajia Filipina and Latifah Bumaye, 25, a trader, believed to be an associate of the ringleader in the Akua Denteh lynching, have pleaded not guilty to conspiracy, murder and trial by ordeal.

The prosecution told the court that the accused persons took the victim through unlawful trial which the laws of Ghana did not allow, by compelling her to drink some concoction to prove she was not a witch resulting in her death for which they had been arraigned.