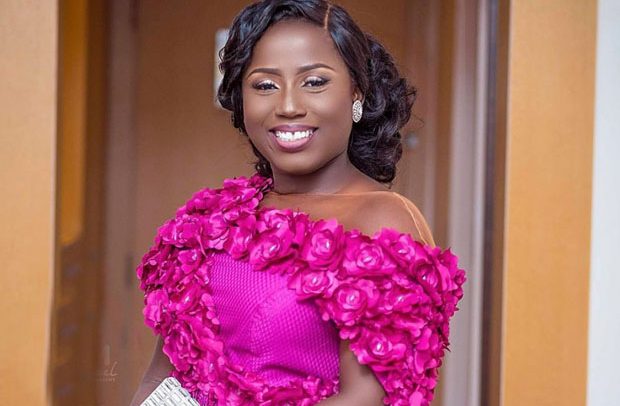 The leadership of Women In Gospel Music (WIGM), a group made up of female gospel artistes, has congratulated Diana Hamilton for winning the Artiste of the Year award at this year’s edition of the Vodafone Ghana Music Awards (VGMA) held last Saturday in Accra.

Organised by Charter House, the event was organised to reward Ghanaian music industry players for their commitment, hard work and dedication in their music career.

At the awards ceremony which attracted a large number of personalities and stakeholders in the music industry, over 30 showbiz personalities who have contributed immensely to the progress of Ghanaian music were honoured.

Expressing her delight at the success chalked by Diana Hamilton in recent times, the founder of WIGM, Rev. Dr. Mary Ghansah, said Diana really deserved the award because she had worked hard to register her presence on the Ghanaian gospel music scene.

“We congratulate Diana Hamilton for winning the Artiste of the Year award. This achievement is a laudable one,” WIGM said.

“Your achievement is indicative of what the future holds for the Ghanaian gospel music industry and WIGM would like to encourage all musicians not to relent in their efforts but to be motivated by your success to spur on to even greater heights,” WIGM said.

In an interview with BEATWAVES yesterday, the President of WIGM, Abena Ruthy, who is also a gospel artiste, mentioned that Diana Hamilton who is not new in the Ghanaian gospel music scene, has carved a niche for herself in the gospel music scene. Her songs are timeless and she has exhibited exemplary character.

According to her, Diana Hamilton is a hardworking artiste who gives off her best all the time, adding, “We at WIGM are proud of her achievements.”

Diana Hamilton released her debut album in 2007 titled, ‘Ɔsoro Bɛkasa’ which announced her presence in the gospel music industry. Her second album ‘Ensi Wo Yie’ was released in 2010.

She was one of the headline artistes for the 2019 Harvest Praise which was held at the Fantasy Dome in Accra.

In May 2021, she was unveiled together with Kofi Kinaata as the Brand Ambassadors of Enterprise Life.

With several awards to her credit, Diana won the 2021 Most Streamed Female Act of the Year Award at the 3Music Women’s Brunch.

In March 2021, she was among the Top 30 Most Influential Women in Music by the 3Music Awards Women’s Brunch.

‘The Quality Of Our Music Is Declining’