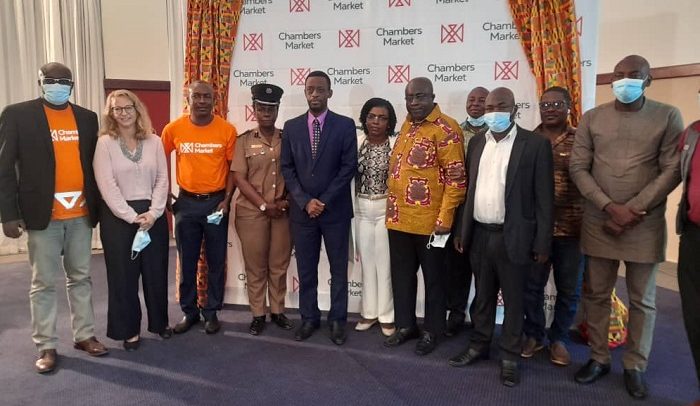 The Western Regional Minister, Kwabena Okyere Darko-Mensah has stated that government will continue to collaborate with the private sector to create more jobs for the teeming unemployed youth.

The Minister stated this when he officially launched the first-ever digital platform through which businesses can connect with a vast network of potential traders and buyers in Ghana and the rest of the world.

The platform, www.chambersmarket.com is an initiative of the Sekondi-Takoradi Chamber of Commerce and Industry (STCCI).

The Chambers market would enable businesses to trade online and it aims at promoting and facilitating trade among STCCI members and other businesses worldwide.

The Regional Minister said the initiative is in line with the government’s agenda for jobs creation because the more market access is opened, the more companies will employ more workers.

He said it has come at an opportune time when the COVID-19 pandemic has led to a surge in e-commerce and accelerated digital transformation.

He encouraged businesses to use the platform to help fast track trading effectively both locally and internationally.

“This product is our form of Alibaba (E-commerce industry) and it is made in Takoradi. It welcomes all kinds of businesses, both private and government sectors”, he added.

Mr Vincent Annan, Chief Executive Officer (CEO) of the STCCI explained that STCCI is a registered independent business association that promotes the commercial and industrial interests of small and large companies.

He said the digital economy is for all economic transactions that occur on the internet and an economy that focuses on digital technologies.

According to him, the last 15 years had seen the tremendous growth of digital platforms and their influence on the lives of the people.

He called on the members of the business community to take advantage of the portal.

Mr Nii Kpani Addy, Deputy Chief CEO also called on the business community in and outside the region to embrace the digital economy and get their online so they would be opened to the global community

He noted that the businesses that adopted the internet and embraced online business in the last decade have flourished.

“Direct selling, buying, distribution and marketing have all become easier due to the digital economy”, he added.

Another Victim Of Abesim Murder Identified