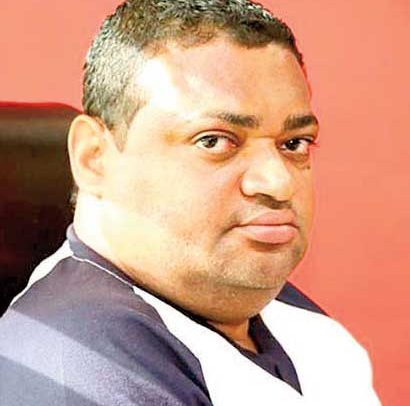 A former deputy minister under previous Mahama administration says former Attorney-General, Betty Mould-Iddrisu, will be a terrible leader for the opposition National Democratic Congress (NDC) if she is elected as the party’s chairperson.

Joseph Yammin has, therefore, vowed to campaign against Mrs. Mould-Iddrisu, a Vice Chairperson of the party who is campaigning to take over from Kofi Portuphy as the National Chairman.

Mr. Yammin, who lost his bid to become NDC’s Ashanti Regional Chairman last weekend, also justified the formation of vigilante groups for the party, saying they would use them to ‘protect’ the NDC in the 2020 general elections.

Without any basis, he told Accra-based Okay FM on Wednesday that “Betty Mould will be the worst person to ever be national chairman.”

“I will go all out and speak to the delegates and support my claims with evidence that if the delegates mistakenly vote for Betty Mould-Iddrisu, it means the NDC is not ready for elections 2020. I will be telling the story and support it with evidence that if Betty Mould-Iddrisu gets 20 votes, then I am not sure NDC is ready for elections 2020,” he stressed.

He declared “some of us will make sure that we elect national executives who will inspire the party to victory in the 2020 general elections. Where we have reached is not trial and error affair. Betty Mould is fit for a national vice chair not national chairman.”

Joseph Yammin further turned his attention to the NDC’s heavily-built men, known in local parlance as ‘macho men’ who appear to have been recruited and organised into militias with names like the Hawks, Dragons and Lions.

The former deputy minister led ‘The Hawks’ to the NDC’s Regional Congress in Kumawu in the Ashanti Region during proceedings.

He later told Okay FM that “the Hawks are there and they will continue to be there to protect the NDC into the 2020 elections.”

“Why are you comparing Delta Force to the Hawks? You are comparing oranges to apples. Delta Force people are destructive to the state. Have you heard the Hawks causing any harm to anybody or public property? In any political party, each and everyone has a role to play. There are those who are communicators. There are those who are serial callers. I know of one such person who is so intelligent that I always advise that he should go and look for a job at a radio station but he told me that he enjoys texting and calling.”

He added that “there are those who are executives who have taken up the mantle to steer the affairs of the party. There are those who have decided to come together to form a taskforce and ensure that if the NDC is going to organize a programme; they will make sure that things are put in shape;  so that is part of the organization and they will continue to be part. The only time vigilantism became bad was when the NPP’s Delta Force took people hostage and destroyed public property. So you can’t compare the NPP’s Delta Force to the Hawks of the NDC.”