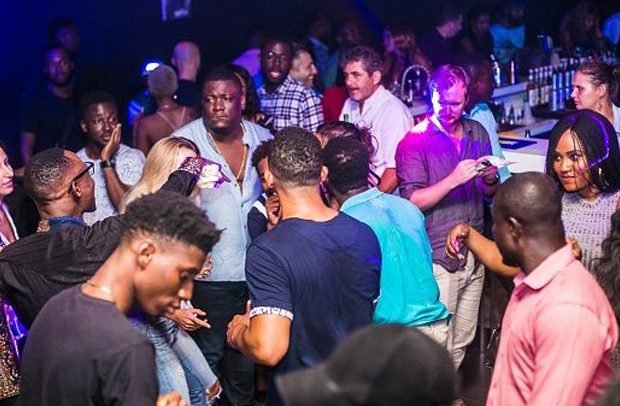 A scene from the event

The much hyped event, which attracted a large number of YFM listeners, celebrities and music lovers from all walks of life, witnessed historic live performances from YFM DJs.

DJs such as DJ Kess, DJ Mic Smith, French Kiss DJ and DJ Quarps took turns on the turntable to thrill fans with Afrobeats, hip0hop, old school music, among others.

Hiplife artiste Pappy Kojo and other radio personalities such as Kojo Manuel, Kokonsa Kester, Johnny Stone, Rev. Erskine, among many others, also attended the event.

The ‘Y Carbon Glow Party’ is part of a series of events which include YCE akwaaba party, Y mask and Y birthday drink-up party put in place by YFM to entertain its cherished listeners and the general public.

Speaking about event, YFM’s Programmes Manager, Eddy Blay, said the Y’ Carbon Glow Party’ is one of the popular musical event put in place by YFM to bring together listeners and music lovers on one platform to be entertained and interact with YFM DJs and presenters.

“We always love giving back to our society, hence the creation of these events such the ‘Y Carbon Glow’, which is a non-ticketing event to allow our listeners the opportunity to have fun with us,” he stated.

Eddy Blay, however, thanked Carbon Nightclub for hosting the event and Blanc Foussy for refreshing patrons with their champagne.