You Can’t Sack Us- PNC National Chairman, Flagbearer Fire Back 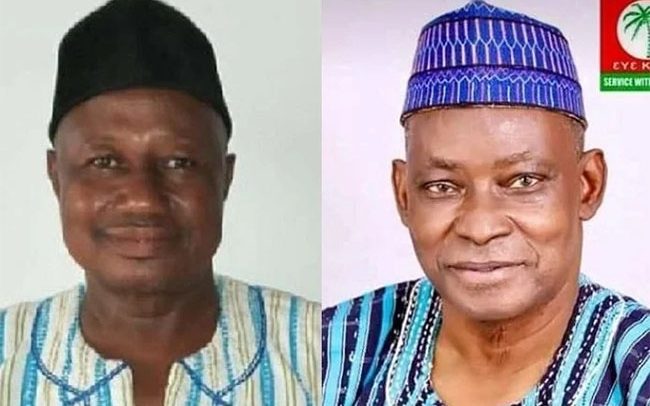 They described the termination of their membership as false and mere mischief calculated to tarnish their image.

The National Executive Committee (NEC) of the PNC yesterday May 12, 2022 said it has terminated the membership of the two leaders “following their penchant for breaching the constitution of the party”.

However, the two in a press release issued on the same day have asked the public to disregard a purported NEC meeting seeking to terminate their membership.

“It has come to our attention that, some unscrupulous persons are circulating mischief and rumors that, the Leader and National Chairman of the PNC, David Apasera and Moses Dani Baah respectively, have been sacked from the party.

“We will like to state and reiterate unequivocally that, those claims are false and mere mischief calculated to tarnish the image of our Party and to undermine the current processes in court.

“Hon David Apasera and Hon Moses Dani Baah remain the legimate Leader and National Chairman of the PNC respectively, having been elected into office in 2020 September for a four year renewable term.

They therefore encouraged the media, the general public and the rank and file of the party to treat the news circulating as “garbage and a waste of the media space.”

According to them, there are laid down rules and regulations in the party’s constitution as far as NEC meetings are concerned since NEC Meetings are called at the request of the Leader and National Chairman or by one third of NEC members per article 45 of the PNC constitution.

“Did the PURPORTED NEC Meeting on 12th May, 2022, met the requirements to call a NEC meeting? No.

“Communication arising from NEC meetings are signed by the national chairman or General Secretary. The letter circulating is not signed by any individual and does not bear any name or signature of any persons.

“The national executives on 8th September, 2021 gave a power of attorney to a lawyer to represent the interest of Hon Apasera and Dani Baah and that of the PNC in Court to challenge the constitutionality of an illegality perpetrated by some persons. So they did not go to court on their own, neither did they take the party to court.”

Furtherance to that they stated that per the PNC constitution under Article 14 (c), only the National Delegates Congress can sack or dismiss or quash the membership of any person in the party.

“The said approved report has since been submitted to the court awaiting further directions from the court pursuant to article 67 of the PNC constitution.

“Any information concerning any purported NEC Meeting alledgely held on 12th May, 2022, and purporting to have dismissed any party leader is null and void and should be disregarded and considered to be illegal, as it seeks to undermine the current processes in court. In no time, the final processes in court will be communicated to the General public.”