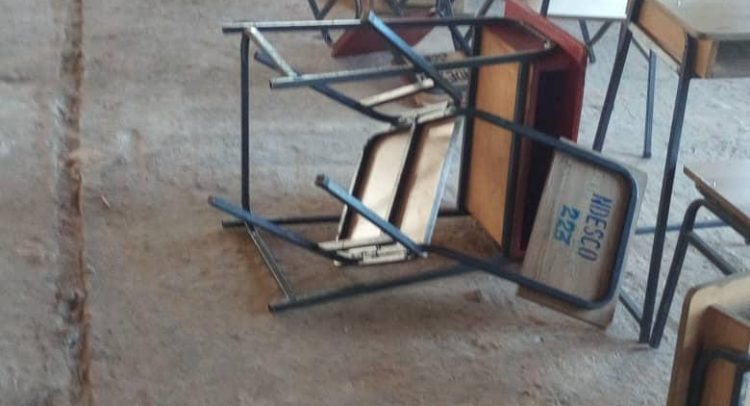 The Municipal Chief Executive ( MCE) for West Gonja Municipal Assembly, Saeed Muhazu Jibreel, has disclosed that about 13 students have been identified as the ringleaders who caused the rioting in the school on Tuesday.

“We have investigated and we have gotten about 13 names so we take the action when the need arises but we have the names and very soon we will work on it.”

According to the MCE, arresting students could cause another rioting which can go along way to affect the examination, adding that the school authorities will take action at the right time.

He indicated that a Municipal Security Council (MUSEC) meeting was held between the school representatives council and school authorities to ascertain the cause of the riot.

“ what we are doing now is to get information from the students what the problems are and the way forward and surprisingly one of the problem is that the arrangement under which they wrote the first paper was different from the second paper and they were not happy.”

Meanwhile, a police team has been deployed to the school to patrol around and ensure that lives and properties are protected.

Students of Ndewura Jakpa Senior High Technical in Damongo in the West Gonja Municipality went on rampage destroying school properties to register their displeasure over the 1.5-meter social distancing sitting in the examination hall.

In order to execute their agenda, the students destroyed the school lightening system resulting in total darkness in the school premises.

They also destroyed some parts of a new six classroom block that was handed to the school to help end the double track system in the school as well as the louvre blades of the school administration block.