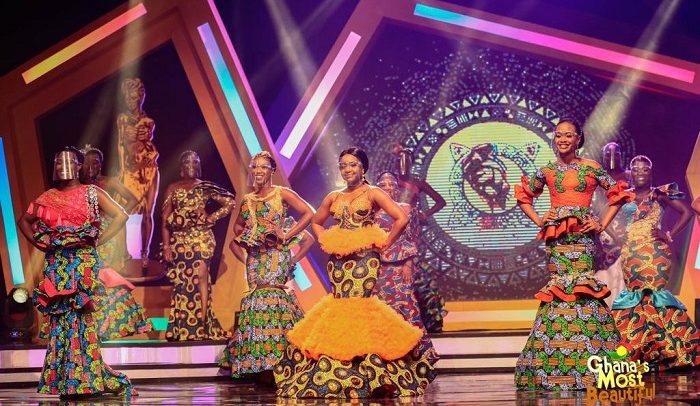 Some of the contestants

The 2020 edition of TV3 Ghana’s Most Beautiful (GMB) pageant kicked off on Sunday with glamour and style, introducing 16 beautiful and gorgeous ladies who are taking part in the pageant.

The ladies were selected after weeks to audition in front of a panel of celebrity judges such as Lydia Forson, Prince David Osei, Salma Mumin and Adjetey Anang.

The GMB pageant has, for the past 14 years, remained one of the outstanding beauty platforms. Organised by TV3, it educates Ghanaians and the global community about the various cultural values and heritage in all regions of Ghana.

The 16 contestants in the next 13 weeks would take part in the pageant under the theme: ‘Uniquely Ghanaian, Exceptionally African’.

The launch on Sunday was shown on TV3 and had colourful performances from the Ghana Dance Ensemble and singer Adina, who thrilled the audiences with the theme song for the pageant and a repertoire of her songs, including ‘Sika’ and ‘Take Care of You’.

Mrs. Linda Ampah, Michelle Attoh and Adjetey Anang were also introduced as judges as part of the launch.

It was hosted by Johnnie Hughes and Anita Akua Akuffo.