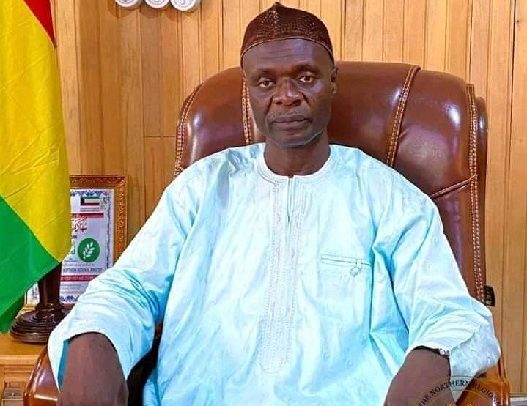 According to the Minister, seven other factories are currently under construction and will be completed soon.

The six factories completed and operational 1D1F in the Region are:
Gees Fresh Point in Tamale for the processing of guinea fowls, LK. International (Motor King) in Tamale for the assembling of motor bikes and tricycles, Modern City Ltd. at Kanshegu for the production of roofing sheets, plastics, etc.

Others are Global Almas at Bimbila for the processing of Yam – Flour,Poly Tank Ghana Ltd. in Tamale for the production of Poly Tanks,Technology Solution Centre at Savelugu for youth skills training which include the rice milling factory.

The Minister made this known during his turn of the weekly Minister’s media briefing at the Ministry of Information in Accra.

He indicated that the factories will facilitate the creation of jobs, especially for teaming youth in the districts which has such projects which will lead to improved income and standard of living, while reducing rural-urban migrations.

“ The factories will encourage exports and boost revenue from foreign exchange, increase the production of locally produced goods to replace imported ones.”

The Minister noted that the Ministry and Secretariat of Initiatives and the Northern Development Authority have undertaken, a total of 311 projects covering four sectors which include: Small Dams, Water Systems, WC Toilets, and Prefabricated Warehouses across the region.

Mr. Shaibu assured that despite the challenges, the Regional Co-ordinating Council and MMDAs in the region in collaboration with other key stakeholders will continue to create the necessary conducive atmosphere for businesses to thrive and for people to go about their socio-economic activities.

“I wish to use this medium to appeal to prospective investors to take advantage of the prevailing peace we are enjoying in the region to come and join us in our quest to change the course of our destiny.”

GH¢5k Up For Grabs ...In Translight Solar Tennis Super Cup