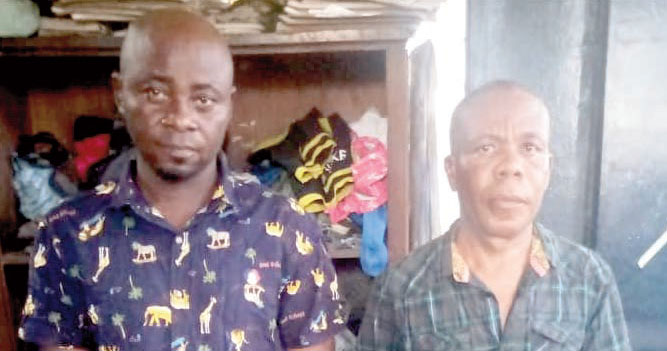 The Police in Ashaiman in the Tema Regional Command have arrested a Procurement Officer who allegedly stole equipment and materials being used for the construction of the controversial Saglemi Affordable Housing in the Ningo-Prampram District of the Greater Accra Region.

A scrap dealer who was receiving the stolen items totaling GH¢444.493.85 has also been nabbed.

The case triggered police investigation after Sylvanus Kwaku Attivor, the Procurement Officer of Oasis Construction Limited which was the Brazilian company building the houses,  reported the scrap dealer, identified as Ahmed Issah, to the police for stealing his ‘goods’.

The police then traced and recovered all of the stolen ‘goods’ except a forklift and the serviceable tower light from people the scrap dealer sold the ‘goods’ to.

Attivor, 54, filed the complaint at the police station because he claimed Issah shortchanged him in the course of the transaction.

According to the police, somewhere in 2014, the construction company from Brazil which was undertaking the affordable housing project employed Attivor as Procurement Officer.

In 2019, the project came to a standstill and the company handed over the site to the Government of Ghana but Attivor reportedly took advantage of his position after the handing over of the site, to enter the premises, even though workers were not supposed to do so without permission.

He then used his position to steal a lot of building materials and other properties belonging to the Ministry of Works and Housing.

Attivor then gave the goods to Issah to sell for them to share the proceeds, except the 48 seater Howo bus.

Issah in the process shortchanged Attivor after he failed to give his (Attivor)share of the proceeds of some of the items like the forklift and power light that he (Issah) sold.

On November 23, 2020, Attivor who had spearheaded the looting of state properties, was bold enough to lodge a complaint against Issah at the Ashaiman District Police Headquarters about the theft of his forklift and one power tower light.

Issah was subsequently arrested and during interrogation he revealed all the transactions that had gone on between him and Attivor.

Attivor was subsequently picked up and he told the police that it was the company which authorised him to sell the items, a claim which the Ministry of Works and Housing, has since denied.

The Ashaiman police managed to retrieve all the stolen items except the forklift and the serviceable tower light.

The accused persons have been charged with stealing and dishonestly receiving and are due for court.