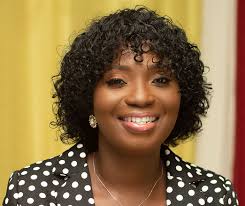 This year’s edition of the Social Security and National Insurance Trust (SSNIT) Mobile Service Week is scheduled to take place across the country on 26th to 30th October, 2020. The official launch of the event will be held at Takoradi in the Western Region on Monday.

The SSNIT Mobile Service Week is an annual event that allows SSNIT to pitch camp at various locations across the country to serve Members of the Scheme and the public.

This year, SSNIT staff will be at 58 locations in all 16 regions to bring the Trust’s services to the doorsteps of Members.

A number of major activities will be undertaken at this year’s SSNIT Mobile Service Week. They include: checking and printing of statements, retirement advisory services, submission and validation of contribution reports, resolution of compliance concerns and contribution collection.

The event forms part of the Trust’s strategic efforts to have constant engagements with its Members and the public in general by focusing on member and client satisfaction.

The 2020 SSNIT Mobile Service is being observed under the theme: Preparing for retirement, your role as a stakeholder.

According to the Corporate Affairs Manager of SSNIT, Afua Sarkodie, every contributor of the SSNIT Scheme has a role to play in securing their future.

“We want our Members to know that they play a critical role in what they ultimately receive as pension when they retire. SSNIT only administers the first tier of the social security Scheme in accordance with what the law has stated.”

“The law has provided for a certain rate of contribution from the workers’ salary and that same law has provided a formula for determining the benefits. The only variable is salary. So, definitely, it is what the Member contributes that determines what they will benefit when they retire and not SSNIT”, she said.

Management of the Trust has assured that the Covid-19 safety protocols will be strictly adhered to in order to protect staff and Members at the event.

The Social Security and National Insurance Trust (SSNIT) is a statutory public Trust charged under the National Pensions Act, 2008 Act 766 with the administration of Ghana’s Basic National Social Security Scheme.

As the operator of the First Tier of the Three-Tier Pension Scheme, it replaces part of lost income of workers in Ghana due to Old Age, Invalidity or Death of a member where lump sum payment is made to dependants. It is also responsible for the payment of Emigration benefit to a non-Ghanaian member who is leaving Ghana permanently.

SSNIT has an active membership of over 1.6 million and currently, over GHS250 million is spent funding pension payments to the over 212,000 pensioners per month.

Man Who Butchered Woman to Death at Mafi Remanded