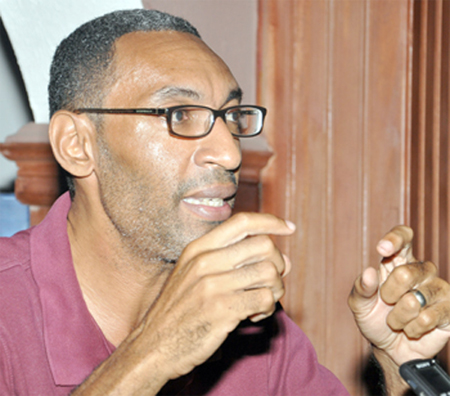 Son of late President Kwame Nkrumah, Sekou Nkrumah, has lambasted the Speaker of Parliament, Prof. Aaron Mike Oquaye, for his recent comments on founders of Ghana.

He emphatically asked the Speaker to stop “spewing nonsense.”

Delivering a public lecture in observance of the Founders Day on August 4, 2020, the Speaker of Parliament said the Independence of Ghana was not gained through a one man show.

According to him, all the founding fathers of Ghana deserved to be honored and not former President Kwame Nkrumah alone.

Prof. Oquaye said emphatically that
“Independence was not a one man show, it was a collective effort.”

He urged that It is important to appreciate all the ingredients that made this beautiful melody.

According to him, although Kwame Nkrumah fought immensely for independence, he was not alone in the independence struggle.

The Speaker also noted some weaknesses by Nkrumah and the efforts made by other members of the Big Six to improve the foundations of Ghana.

Key among Nkrumah’s weaknesses, he said, was his disregard for fundamental human rights and capitalism.

August 4th was enacted by the Parliament of Ghana as a public holiday in accordance with the public holidays (Amendment) Act 2019, (Act 968).

The day is to celebrate the Founders of Ghana and afford Ghanaians an opportunity to reflect on the sacrifices of their forebearers in the fight for independence.

Activities for the day are also expected to encourage others to commit their lives to sacrifice for the nation.

The Speaker recounted a meeting between Nkrumah and members of the UGCC in Saltpond in the Central Region where he said Nkrumah rejected a proposal for the promotion of fundamental human rights.

But Sekou Nkrumah has reacted to the claims from the Speaker.

He stated that despite the that the independence struggle was started before his father it was his father who gave the struggle the momentum and direction it needed for the realization of the Independence Ghanaians enjoy today.

According to him, if Prof. Oquaye wants to criticize his late father, he should talk about the one party system and the Preventive Detention Act (PDA) introduced during his time.

However, in another separate social media comment, Sekou blamed Former President, late Prof. Mills for all the raging debates surrounding the celebration of founders day.

According to Sekou, the late Prof. Mills failed to invite persons of the Danquah and Busia tradition to serve on the committee that oversaw the celebration of Dr. Kwame Nkrumah’s centenary anniversary.

This according to Sekou, accounts for the debates surrounding the founders day.