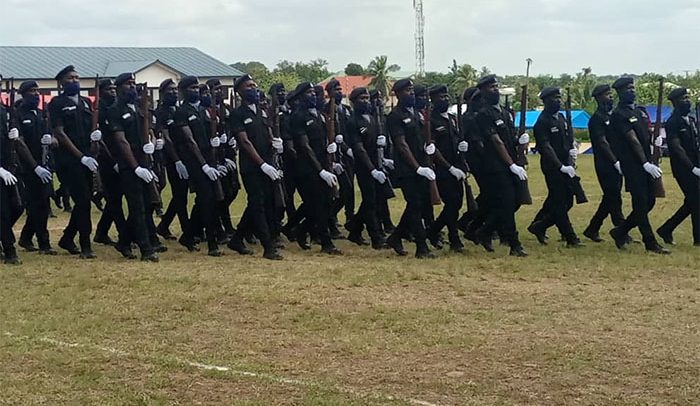 A PASSING out parade has been held for 425 police recruits at the National Police Training School in Tesano, Accra.

The recruits included 241 females and 184 males.

Addressing the recruits, Dr Dampare said the passing out parade was significant in that it marked the end of the busy training of recruits on parade with another being that it opens a new chapter for their career as police officers.

He congratulated the commanding officer of the National Police Training School, DCOP Edmund Ohene Bosompem, his instructors and supporting staff for working hard  to train the recruits  and bringing  them to the level  that was being witnessed.

He urged the instructors to continue this exercise of producing the men and women of the noble profession.

“On behalf of the IGP and the Police administration, I commend recruits graduating today for their comportment during the training which has enable you to usher yourselves into the full position of a constable as you embark upon your career.”

Awards were given through deserving recruits who excelled in the various disciplines.

The award for best in drill was given to Agyekum Charles Wasiu, while the best in Physical Training, Marksman, and Commanding officer’s award went to Annor Tonny Kusi, Mohammed Seidu and Barimah Agyeman Godfred respectively.

The overall best recruit was awarded to Agyapong Alberta Owusua.

All Set For Akyem's Most Beautiful Finals