All Set For Akyem’s Most Beautiful Finals 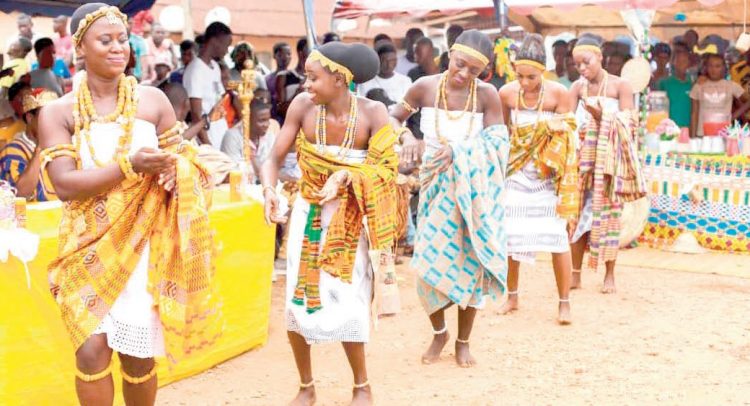 The organisers of the maiden edition of the annual Akyem’s Most Beautiful beauty pageant have announced that the grand finale of the event will be held in August this year.

In all, seven beautiful ladies have been selected to compete for the ultimate crown at the grand finale which will be a night of fun, excitement and unending thrills.

The organisers have so far promised a very historical and entertaining night for both the delegates and patrons.

The road to crowning Akyem’s first queen begun with a glamorous durbar held at the Aheneboboano in Akim Oda where seven beautiful Akyem indigenes were unveiled.

Speaking at the durbar and official launch of the event, Madam Eva Boakyewaah, coordinator of the pageantry, was elated with the start of the programme which she has long desired as she seeks to unravel the rich culture of the Akyems.

“The beauty pageant seeks to educate the masses on the culture and story of the Akyem people with the beautiful young ladies showcasing their knowledge with regards to our culture.

“The support to stage this pageant has been massive and I want to thank all the dignitaries who have supported this course and I hope this project will further project our culture to the rest of the world,” she said.

Mr. Alexander Akwasi Acquah, Member of Parliament for Akim Oda, in his brief remarks at the durbar, lauded the efforts of the organisers in projecting the values of the Akyem people, and hopes they will become good ambassadors for the town.

He said the Akyems have one of the richest cultural heritages in the country which people don’t often know about, but believes this pageantry will go a long way in educating the masses about the people of Akyem and their culture.