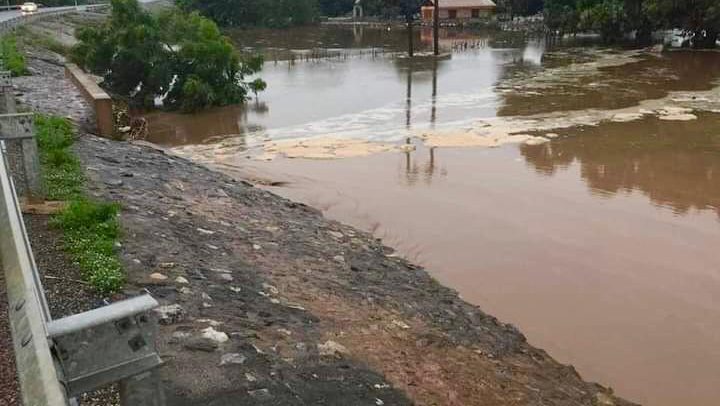 The Savannah Regional Director of the National Disaster Management Organization (NADMO), Mohammed Tahir has disclosed to DGN Online that about five hundred and thirty (530) people have been affected in the Damongo flooding which occurred on Thursday dawn.

According to him, their assessment revealed that about fifty-two( 52 ) houses were affected by the Damongo flooding. 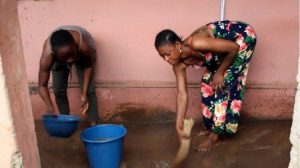 He indicated that two dams, two wooden bridges and properties of residents valued over thousands of Ghana cedis were also destroyed in the floods.

Mr Tohir said even though it did not rain in a neighbouring community called Laribanga, a storm destroyed eight houses and a mosque leaving fifty-nine people homeless.

The Savannah Regional Director of NADMO however blamed residents who built along waterways which prevented the flow of water anytime it rains in the area.

“ I remember weeks ago we went around with the regional minister and we identified some houses and because Damongo has never expressed this they think the place is a safer place for them to settle so the minister cautioned them that they had to move and now yesterday’s rain vindicated the regional minister because those houses have been affected.”

He noted that NADMO has visited the affected areas and will put together a report and forward it to the headquarters in Accra for relief items to support the affected victims.

Mr Tohir appealed to the Member of Parliament (MP) for the Damongo Constituency, Samuel Abu Jinapor and other organizations to come to the aid of displaced people.

Meanwhile, the Savannah Regional Minister, Mr Saeed Muaz Jibril, has indicated that houses built on waterways will be removed to pave way for free flow of water as well as preventing future disasters.