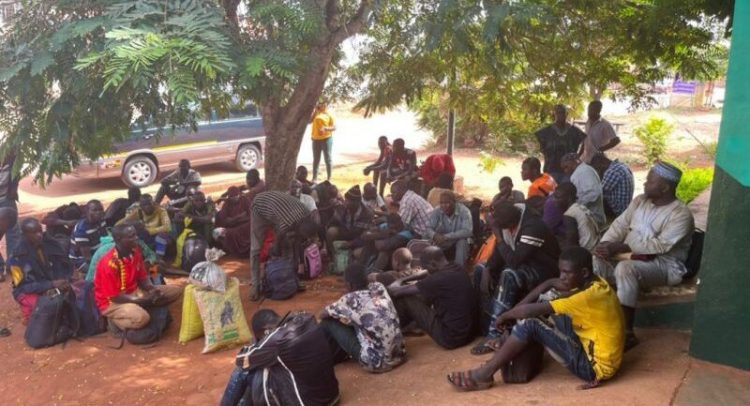 Fifty-five irregular migrants hiding at Tuobodom in the Techiman North District of the Bono Region are currently in the grip of the Police.

The Bono Regional Commander of the Ghana Immigration Service (GIS), Assistant Commissioner of Immigration (ACI) Enoch Abrokwah Annor, who confirmed the incident said the migrants comprised 54 Niger nationals and one Nigerian who were on their way to Cote D’Ivoire.

According to him, preliminary investigations revealed that some natives of Tuobodom aided the migrants to pass through the area.

He confirmed that the migrants had gathered and were waiting for their vehicle at a fitting shop, when they were arrested, upon a tip-off.

He said “We gathered intelligence that the irregular migrants are en-route through Tuobodom, so our officers also laid ambush accordingly”, adding that the officers found on them their various national identification cards.

The GIS Regional Boss explained that his outfit was yet to repatriate the migrants and expressed appreciation to the police, Techiman Traditional Council, and the National Investigation Bureau for their assistance.

Meanwhile, the suspects are in Police custody assisting with the investigation.