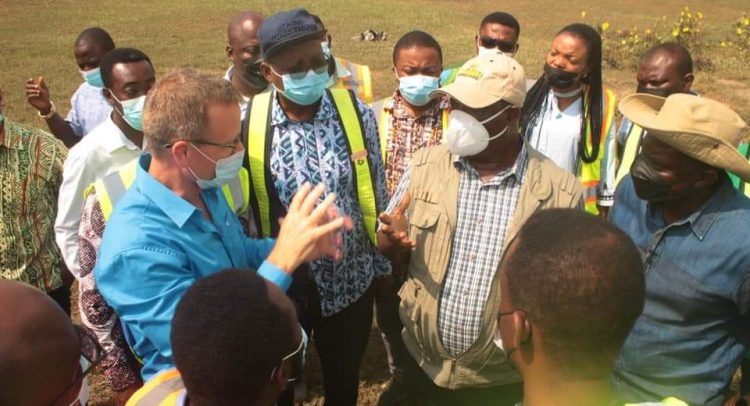 The construction of six selected roads in Sekondi and Takoradi and an interchange at the Paa Grant Roundabout in the Western Region are expected to start in March 2022.

The project, which Messrs Viabuild Africa will undertake, is in two Phases and is expected to run simultaneously.

Briefing the Minister of Roads and Highways, Hon. Kwasi Amoako-Attah, during his working visit in the Western Region, Jones Adu-Debrah, the Regional Director for the Department of Urban Roads, said Phase 1 of the project involves widening the Adiembra, Sekondi, GSTS and the Axim Roads, a total of 10.67km, into multi-lane dual carriageways. The Shippers Council and DeGraft Johnson Roads, 2.64km, will also be rehabilitated.

Whiles Phase 2 of the project consists of constructing an Interchange at the Paa Grant Roundabout and widening the 17km Essipong-Sekoo Junction Bypass into a multi-lane dual-carriageway.

The Minister said the government recognizes the importance of the Western Region and its contribution to the country’s economy and would ensure that the area received its fair share of road infrastructure.