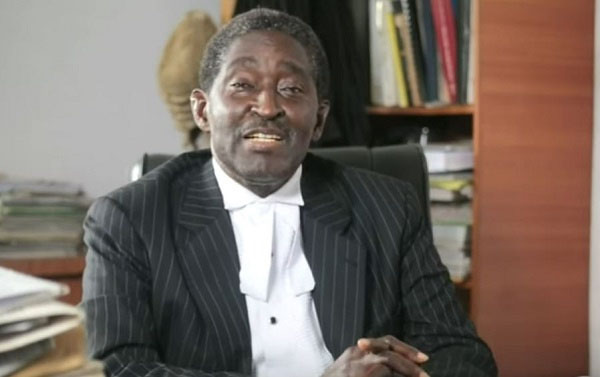 As you read these lines, the most topical event in motherland Ghana today is the seven-year-long awaited funeral of the late King of Denkyira, Odeefuo Boa Amponsem.

Ntim Gyakari recklessly led the ferocious Denkyira Army to collapse at Feyiase, and in their ruins emerged King Osei Tutu I, and the birth of the Asante nation.

Denkyira base at Dunkwa-On-Offin became a tributary state to Asante. The Denkyira Royal family scattered all over in the tropical rain forest belt, one of them, Serwaah, finally settled at Jinjini, later to become the birthplace of yours truly, writer of this article.

After Ntim Gyakari, Denkyira never rose up again, in servitude to the Asante Empire. More than 30 chiefs ruled Denkyira until in the 1950s, a relatively young boy was enstooled as Odeefuo Boa Amponsem III. He ruled as Denkyirahene at his ‘Abankesieso’ in Dunkwa for more than 60 years, until he passed away in 2015.

Why on earth should somebody die and his corpse be preserved for seven long years before he is interred.

But reader, that is Akan royalty for you. It is more than the word “Elaborate”!!! Very detailed far-reaching arrangements had to be put in place, including, guess what, the foundation erection, and construction of a brand new state of the art traditional palace for Denkyirahene at the new traditional capital, Jukwa near Cape Coast.

And so, finally reader, after seven long years in the morgue, Odeefuo Boa Amponsem III, Denkyirahene, is going home, this week, from April 24, through to April 30, 2022, at both Dunkwa-On-Offin and finally to join his ancestors at Jukwa.

For the records, when he was enstooled as the Denkyirahene, I had not been born, and very late in life when I became a lawyer at age 36, I drove to court from Accra at dawn one morning to Dunkwa-On-Offin. The year was 1990.

It was my first time in Dunkwa-On-Offin. I did History at GCE A level in Achimota, so I was very familiar with Denkyira-Asante history, so I decided to take advantage after court hours to visit the Abankesiese Palace at Dunkwa.

He was not a tall fellow, though I will not say he had a diminutive personality. I had heard and read so much about him that I hardly heard what he said on my very first meeting with him – I was just staring at the famous Denkyirahene, sitting there, cracking jokes, asking me questions about June 4th Revolution, my experiences as a lawyer and so on.

Odeefuo was very soft spoken, full of energy and disposed to be benign to all, most of the time always wearing smock at the House of Chiefs.

What baffles me about the man is the way he was forcibly kept in the morgue for seven years – why?

He once told me some experience I have never forgotten. I was in his office as President of the Central Regional House of Chiefs, where I was passing time, waiting for my case to be called.

He told me one of his elders stole a precious object in the palace, and tracing the culprit became a serious problem.

So, one night, he went to the stool room in the palace, poured libation, praying, as he was completely naked, screeched his buttocks on the bare floor, from stool to stool, asking the ancestors to give him justice.

According to him, early the next morning, the elder who stole the object came to Odeefuo, knelt down, confessing very shamefully that he took the object, and wanted pardon.