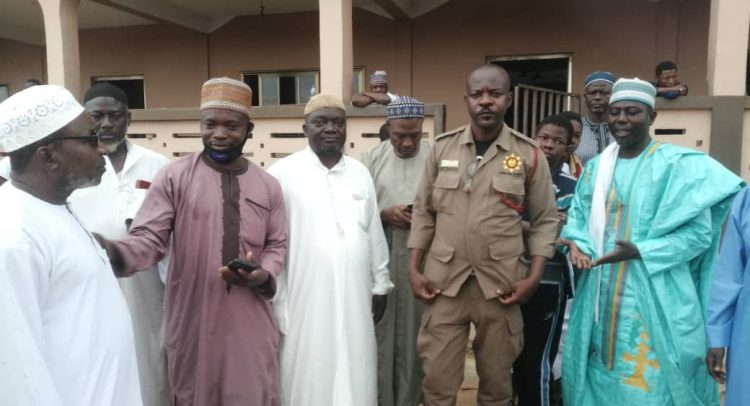 THE ASHANTI Regional Fire Command has embarked on a fire safety sensitization and awareness campaign to help reduce the occurrence of fire outbreaks in the Zongo community.
The campaign which started two months ago seeks to prevent the destructive fire and impart on residents within the Zongo community.
According to the fire command, six communities including Nntonso, Tafo, Mampongteng, Kodie, and Suame have been covered while some Zongo youth have been trained as firefighters.

Addressing the media, PRO of the Ashanti regional fire command, DOIII Desmond Ackah stated that, the campaign will also afford the Service the chance to drum home the gospel of fire safety and explain the modus operandi of the service to them that will lead to positive change in the negative perceptions most Zongo Youth have about firefighters and the Service.

Mr. Ackah further stated that the Command is poised to reach the Zongo Communities through their leadership and opinion leaders to cause positive change in residents’ attitudes towards fire prevention and support the service to save lives and properties while safeguarding the environment as well.

“This campaign exercise will also educate the youth on some tips to prevent the occurrence of fire outbreaks. We hope that the youth will be well informed and help support the fire service whenever there is an outbreak”, he said.