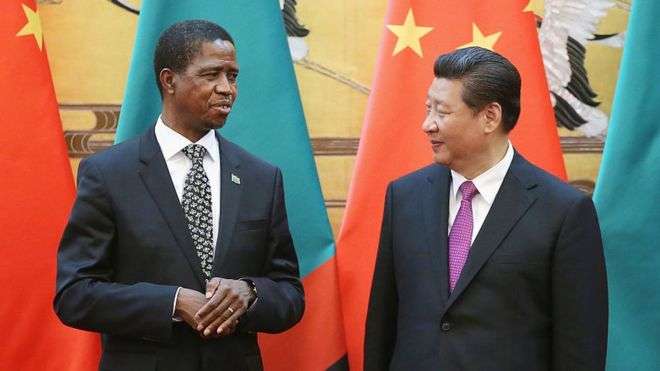 Since the defeat of President Edgar Lungu in August there has been a lot of speculation around the country’s debts.

The new President, Hakainde Hichilema, told the BBC last month that he had inherited an “empty” treasury and that the debt situation had not been “fully disclosed” by the former government.
For the first time since 1998, Zambia plunged into a recession last year. It also defaulted on a debt repayment.

A recent study by the US-based China Africa Research Initiative suggested that the amount owed to China was nearly double what had been revealed by the Lungu government.

That has now been confirmed by the Zambian authorities themselves.

Overall, the country now owes a total of $14.5bn to its creditors, the AFP news agency quotes Finance Minister Situmbeko Musokotwane as saying.
The country has been talking to the International Monetary Fund about restructuring the debt, AFP reports.