A Reflection About The Chucrh And Its Employees 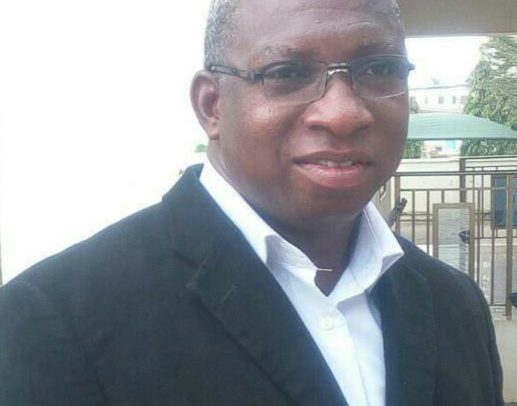 Some few months ago, I was talking with some friends, all of whom are committed to their local churches and also work for Christian organisations.

In our conversation, one of them shared a situation in her work place where an obviously unfair situation was not being dealt with. She expressed worry and her frustration about how it was being permitted to continue. The example of her story led to similar examples coming from the others. In fact, it was all depressingly familiar to me. Over the past 10years I have served as a church Pastor, and now as a member of the Inter-Congregational Justice and Peace and Integrity of Creation. I have consistently heard and seen the same picture here and there, we have to be honest about this that too often churches manage their staff or employees badly. Reality is liberating and the truth will set us free as the Holy Book says. Of course such bad management can occur and do occur elsewhere.

Nevertheless, I think there are some common symptoms which are manifested in Christian culture which are worth examining.

It is common to find that majority of the workers Churches employ either have very little or no knowledge at all about labour laws. If we closely observe, one would realize that, there are two categories of workers who are engaged by the various church institutions: voluntary workers and those who are “officially” employed. But what does the Law say about who an employee is? “An employee is a worker who performs services for the employer, and the employer controls how and what the employee will do” (Fair Labor Standard Act). In other words, “employee means to be permitted to work for an employer who pays you not less than a minimum wage” Voluntary workers on the other hand, are also people who out of sentiments or for fear of God, offer help to their church on daily or regular bases.

Voluntarism is a good spirit, but where do we draw the line? When practically, the individual seems to be doing exactly what labor law describe as employment or what others see as normal work, except that they are not officially permitted and are not paid. Labor laws of the State do not permit us to engage or treat people this way and God equally frown on such acts. As Christians, we should not take undue advantage of such kind and generous people. In reality, these voluntary workers engage themselves for the number of hours a normal employee works and for years; to a point that everyone turns to think the person is a normal worker. Unfortunately, when such a person does not show up for work or the said work is not done properly, the person gets queried (sometimes even insulted) by some members of the church for not coming to do his or her duty. Some of the treatment these poor volunteers get from church members and Religious Leaders is un-Christ-like. In most cases, you may even have these volunteers doing an enormous chunk of the work around as compared to the “officially” employed ones.

The other category of workers in the church and religious setting are the “officially employed employees”. If we examine the conditions under which they serve, some do not have their employment status regularized, some are paid below the minimum wage and their employers get away with the fact that it is a religious institution, others do not get their Social Security paid as well.

Nevertheless, it is worth noting that there are a few workers in religious communities and churches who generously, give some incentives besides their pay.

However, it is sad that there are some instances, where workers are engaged to do more than what they have been employed for; they worked more than the stipulated hours (over time) and even report to work on days they are not supposed to be working. Most times, church authorities do not consider these as abuses of the rights of workers.

Beside these, there are other domestic abuses that are meted out to these workers, particularly, the female workers: sometimes they are sexually abused, employers speak disrespectfully and impolitely to these workers and do not be surprised if some are assaulted. Quite often than not, Church Leaders mostly take it for granted that their workers know it is God’s work so the workers would not react to the bad treatment they receive. On the flip side, some of the workers also swallow these bitter treatments from some church members and pastors because they probably do not have any other option or they respect their employers because they are men and women of God (for it is written: touch not the anointed).

Jesus, in Mark’s Gospel chapter 12:17 said, “Give to Caesar what belongs to Caesar and to God what belongs to God”. The Church and State are not two opposing entities but rather complement each other. Paying according to State laws and for that matter labor laws is not optional but mandatory.

Treating our workers with dignity, respect and as equal as humans are Christian values, which should be adhered to by every Christian and for that matter every Christian institution. It is absurd for anyone to even perceive that the worst offenders of employment laws would be Churches and other Religious Institutions; the worse form of treatment coming from people impacting the word of God to others. Yes, it is true some workers can be nuisance: cunny, disrespectful and sometimes think nobody can tell them what to do. Yet, that does not exonerate anyone from the treatment meted out to them. Some react the way they do because they might feel fed-up. Therefore, it may not be wrong to say such attitudes may be described as outbursts.

And so, when it comes to the best treatment of workers most church authorities are quite lacks and defaulters.

Again, concerning volunteering, it would be proper for their employers (church authorities) to sit with such a person(s) and let them understand the intricacies of what it means to be volunteering on regular basis. As much as you do not want to discourage such free and generous acts, do not also involve yourself in acts which will make you default as much as human rights are concern. The voluntary workers should not be encouraged to engage on daily bases. The number of hours is a factor that needs to be looked at; a voluntary worker(s) should not be seen doing the number of hours a normal employee is engaged. As followers of the compassionate Christ we need to be mindful of the workload voluntary workers are engaged in; it should be minimal as compared to a normal worker. On the other hand, church leaders should be encouraged to give regular incentives to their workers at their own discretion; giving of such tokens would serve as a motivation.

Honestly speaking, the picture is not so bleak everywhere. In that, there are some sensitive and compassionate pastors and Religious Institutions or Communities, who would occasionally give these volunteers a token or some “handout”. There are also a couple of cases where some Religious Authorities helped paid school fees or took care of other basic needs of such people. Otherwise, these volunteers labor unnoticed by some church authorities and members.

It is very important that a normal employee, after the probationary period (6 months at least) the worker is either made to continue as full worker or he or she is made to discontinue; probationary period should be strictly adhered to. Workers should be paid not less than the minimum wage.

Social Security of all workers should be paid.

Employer-employee relationship must be good and exemplary after the life of Christ. However, it is very vital not be carried away by the euphoria of such relationships. Create a clear boundary line between work and pleasure (especially female workers).

Treat all workers with love, dignity and respect as you would have others treat you. When workers do more than they are required, compensate them to inspire them. It is imperative that we do not lord it over our workers in any way. On the other side, if workers disrespect, disobey or behave unprofessionally they should be treated with love unlike the secular employment, and as it is deemed fit according to the severity of the situation, they should be served a written query and if this persists they should be suspended and consequently dismissed.