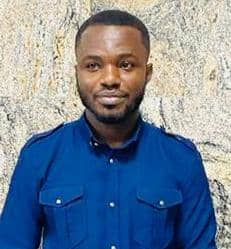 The Tertiary Students Confederacy of the University of Ghana – Accra City Campus chapter of the New Patriotic Party (NPP) is set to launch a Research Hub towards the 2024 general election.

The Immediate Past President of UG-ACC of TESCON, Rockson Obeng who made this known at the Inauguration of the new TESCON members during the handing over ceremony explained that the motive for this Research Hub, is to research on campuses and constituencies.

He explained that, after their outfit had gathered the necessary data, it will be sent to the appropriate officials for decisions to be made in other to help the party to strategize towards the 2024 campaign to break the eight year jinx. 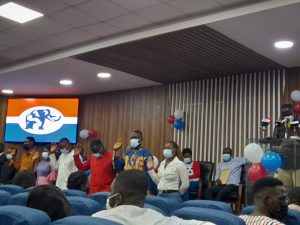 He mentioned the numerous infrastructural developments in some second-cycle and tertiary institutions, the computerization of admission into second-cycle schools as evidence of the government’s commitment to education.

He said during his tenure of office, through the efforts of the ruling New Patriotic Party government, he has been able to facilitate a lot of scholarships opportunities for students, Internships slots with some allowances, and also membership has moved from 200-750 among others.

He also expressed gratitude to some Party Personalities such as; Kennedy Ohene Agyapong, Dr. Yaw Osei Adutwum, Minister of Education, Lousia Atta-Agyemang – President YUDA among others for their immense commitment to ensuring a formidable TESCON on various campuses across the country.

Mr. Boakye Kyeremanteng Agyarko who was the Chairman of the occasion on his part urged Ghanaians not to lose sight of the achievements of the ruling New Patriotic Party (NPP) since the government has a lot of successes to talk about.

Mr. Agyarko said the NPP believed in the individual as a center of his development hence encouraging development in freedom.

He urged TESCON members to project the image of the party wherever they found themselves and should not allow the peddling of lies about the party by the opposition.

Other Guest speakers also reiterated the need for party members, especially the youth to see it as a duty to go out and let people know about the good things that the government was doing.

The ceremony attracted Ministers of State, Members of Parliament, Party Executives, and TESCON members in other tertiary institutions.