Accra Giants Beat Them All 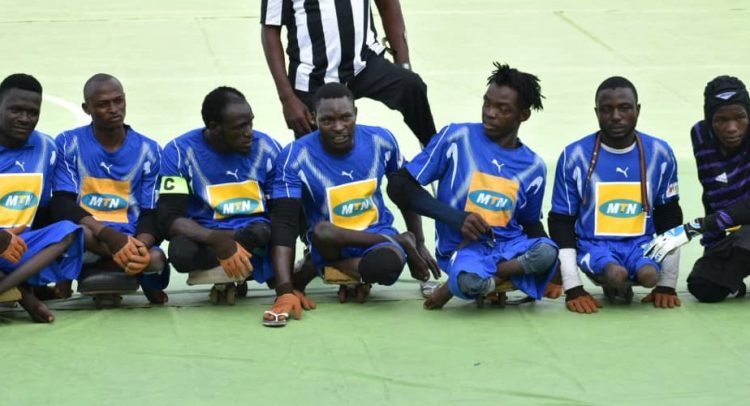 Members of Accra Giants at the event

Accra Giants Skate soccer team at the weekend booked a place in the final of the maiden MTN Skate Soccer League after coming up tops in a three-team tournament held at the tennis court of the Accra Stadium.

The one-day MTN sponsored league competition was played under the auspices of the International Federation of Skate Soccer (IFSS) and Binatone Ghana and brought together three teams in the southern sector of the country namely Accra Giants, Zongo Lions and Western Tigers.

Accra Giants, the pre-tournament favourites lived up to their hype as they opened their championship account with a 5-2 thrashing of Western Tigers, who were representing the Western Region.

Led by the skipper of the national skate soccer team, the Rolling Rocket’s Ahmed Gariba, Accra Giants took a comfortable 3-0 lead through Yahuzah Isaah and a double from Gariba before Osaman Abukari pulled one back for the Western side before the break.

President of IFSS, Albert Frimpong expressed delight at the great soccer spirit displayed by all the teams and stated that it could only get even better in the finals.

“With what we witnessed in Kumasi and what we have seen in Accra and if the history between the two finalists is anything to go by then we are in for a very fierce battle in the finals.”

He took the opportunity to thank sponsors, MTN and Binatone Ghana, for their immense support for the sport.