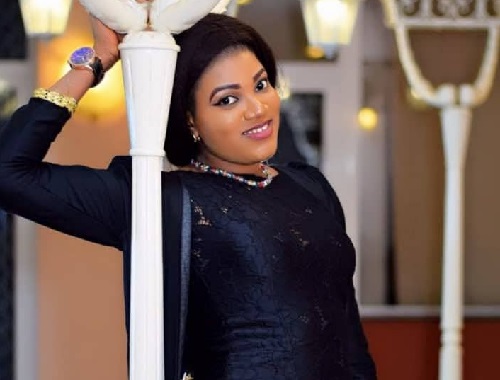 He was 62 and died while he was being rushed to the Ridge Hospital in Accra.

According to Gifty who confirmed his death on Saturday, “He was sick for sometime but he recovered and less than a month it started again. I was with him the whole of yesterday.”

Gifty, 26, is an actress and a model. She has been in showbiz for over five years and featured in a couple of movies. She is also about starting her own TV show.

Among her movies are ‘Facebook’, ‘Ugly Bargain’, ‘Family Secret’ and ‘Heels & Sneakers’, a series produced by Yvonne Nelson.

From Anloga in the Volta Region, she had her basic education at Good Shepherd School and then to Anloga Secondary School. She later went to IPMC to study software engineering.

She is the third of five children by her father, who was a retired aviation worker.

She described him as a “loving dad” and her family will forever miss him.