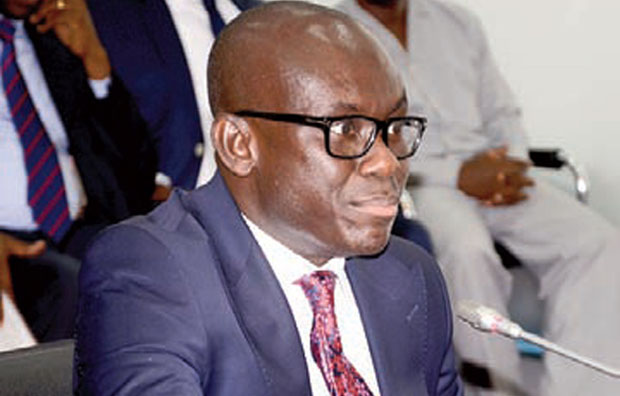 The Attorney General and Minister of Justice, Godfred Yeboah Dame, has taken a swipe at lawyers who have been using social media in particular, to settle scores instead of going to the courts to argue out their cases.

He said those in the habit of attacking others in the media are disregarding the basic tenets of the profession and must not be countenanced.

Speaking in the presence of President Akufo-Addo and the Chief Justice at sod-cutting ceremony for the commencement of work on a $55million modern campus for the Ghana School of Law (GSL) in Accra on Wednesday, Mr. Dame said “The misguided crave for cheap publicity and undue disparagement of others must be avoided.”

“I would like to denounce the tendency of lawyers, sometimes even senior lawyers some of whom have occupied high offices of state and have been leaders of the bar, to deploy social and traditional media to unjustifiably assail the integrity and reputation of senior figures in this country. Such conduct is dishonourable and occasions a breach of rules of professional conduct and etiquette at the bar,” he said.

He said that “spread of false information by lawyers and disregard for the cherished values of the legal profession, apart from being disreputable, poses a far greater threat to cohesion in society, especially when it comes from senior lawyers.”

Mr. Dame said that “the nation ought to be concerned because, ultimately, a dishonest bar breeds a corrupt bench and affects the core of the society we seek to build.”

“It is thus, eminently clear that, the issue of ethical discipline has become increasingly important in these times. Every law school has a profound duty and a unique opportunity to inculcate principles of professional ethics and standards in its students. This duty should permeate the entire educational experience beginning with the first hour of the first day in law school. I must say that all three branches concerned with the training of lawyers – the schools, the bar and bench – ought to cooperate in this enterprise.”

Man Kills Lady For Refusing To Marry Him