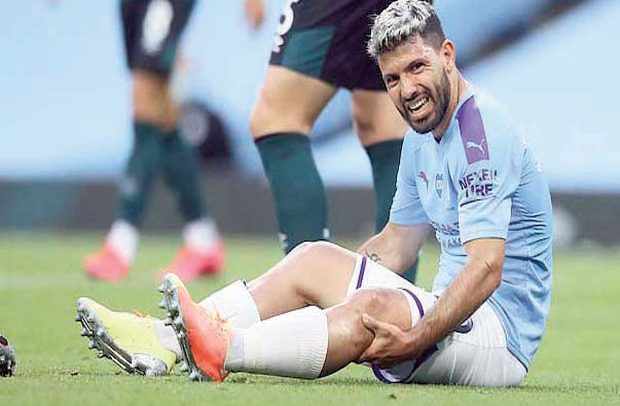 Manchester City striker Sergio Aguero will travel to Barcelona to see a knee specialist amid fears his season might be over.

He was forced off just before half-time during the home side’s 5-0 Premier League win over Burnley, following a challenge by defender Ben Mee.

The 32-year-old tweeted on Tuesday, “The scans I did have confirmed that I have damaged my left knee.

“I’m in good spirits and so focused to come back as soon as possible.”

During his post-match interviews, City boss Pep Guardiola revealed the Argentine had been suffering from a knee problem before the match.

“He has struggled in the last month, some pain in his knee, so we will see,” the Spaniard said.

Asked if he was worried about his forward’s prospects for the rest of the season, Guardiola replied, “I’m not a doctor, but it doesn’t look good.”

Aguero was replaced by Gabriel Jesus in Monday’s game, which City won easily, with Phil Foden and Riyad Mahrez both scoring twice and David Silva netting the fifth.

They have now won both of their games since the restart of the Premier League, following Wednesday’s 3-0 win over Arsenal.