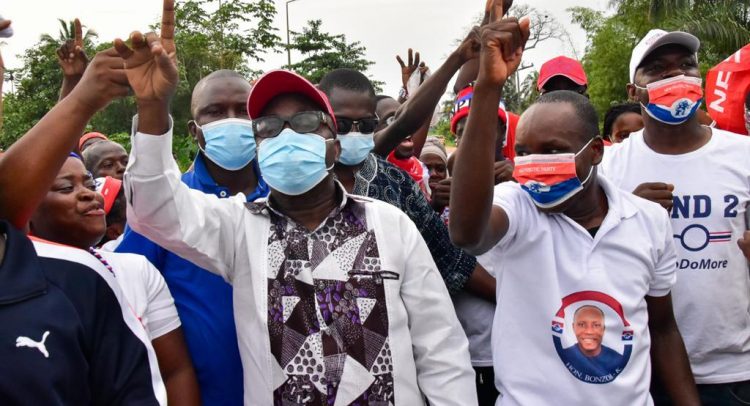 The National Chairman of the governing New Patriotic Party and former Member of Parliament of Ellembelle, Freddie Blay, has recounted the numerous projects that have been executed by the government of Nana Addo Dankwa Akufo-Addo.

He was speaking at the end of a massive health and sensitization walk organised by the leadership of the party in the Ellembelle constituency and the Parliamentary candidate for the NPP, Kwasi Bonzoh who doubles as the DCE of the area. 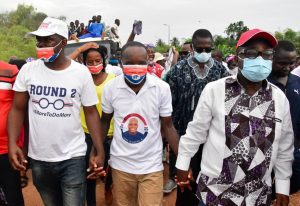 In attendance at the Enyinasi Mega walk were the National Chairman, Western Regional Chairman, Constituency Executives and over three thousand enthusiastic members of the community, who could not hide their joy but sing songs of praise for the DCE and the President of the Republic for bringing smiles on the faces of their children.

They also lauded the massive road projects currently ongoing in the Ellembelle constituency. 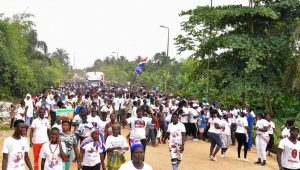 Chairman Blay told the teaming masses that “President Akufo-Addo has been faithful to the good people of Nzema.”

He stressed that apart from the goodies the entire country is enjoying from the government, like free SHS, free water, free electricity and free maternal care under the able leadership of his Excellency, President Nana Addo Dankwa Akufo-Addo, the people of Nzema have also witnessed massive infrastructure development across the Nzema enclave.

The National Chairman applauded the party executives and the Parliamentary candidate for the show of unity. He further urged them to work hard to secure all 3 seats within the Nzema enclave.

The Western Regional chairman used the occasion to promise the national chairman that he and his team would work hard to ensure victory for the NPP in the Western region come December 7, 2020 and cement the status of the region as one of the strongholds of the party. 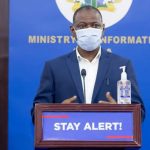