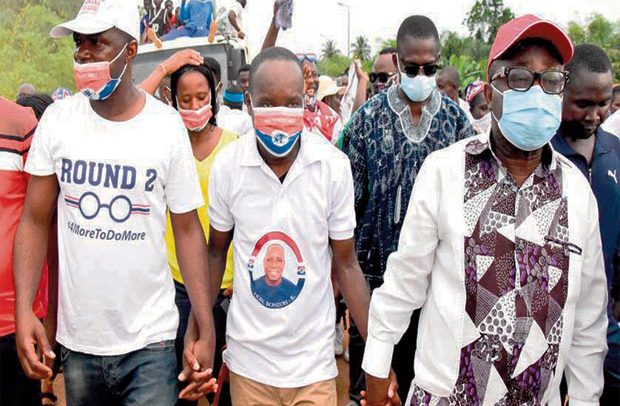 The National Chairman of the New Patriotic Party (NPP), Freddie W. Blay, says the people of Nzema have benefited immensely from the Akufo-Addo-led NPP government in the area of infrastructural development.

According to him, despite what opposition elements say for political effect, the government has done a lot to create the right conditions for prosperity within the Nzema enclave since assuming office in 2017.

Mr. Blay told teeming supporters of the NPP at the end of a health and sensitization walk organized by the leadership of the party in the Ellembelle Constituency that the provision of massive infrastructures had been done besides the national goodies of Free Senior High School (SHS) education, free water, free electricity and free maternal care.

The NPP Chairman said the Eikwe Government Hospital project would be the second biggest health facility in the region after the Effia Nkwanta Government Hospital; adding that the Akufo-Addo government was also constructing all the major roads in the Nzema area.

”President Akufo-Addo has been faithful to the good people of Nzema,” he stressed and called on the people to honour him with their votes, come December 7, 2020, saying “we need to work hard to secure all the three seats in the Nzema land.”

The NPP Parliamentary Candidate for Ellembelle, Kwasi Bonzoh, who is the DCE for Ellembelle, urged the residents to look favourably on the President and vote for him as they considered his good works in the area.