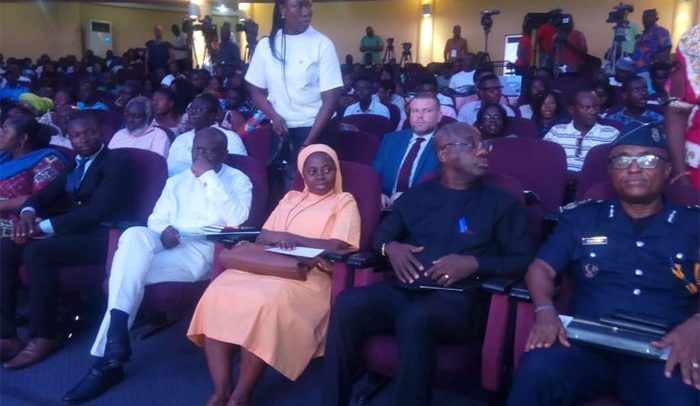 FINANCE MINISTER, Ken Ofori-Atta, has noted that President Akufo-Addo is committed to an all inclusive and sustainable progress.

According to him, it was the wish of the President that there was a marked improvement in the livelihood of every Ghanaian.

Mr. Ofori-Atta was speaking on Friday, May 10, in Accra at an Economic Forum organized by the Danquah Institute (DI).

It was under the theme: ‘Bridging The Gap Between The Formal And Informal Economy: The Role Of Domestic Revenue Mobilization In An Era Of Ghana Beyond Aid.’

He indicated that Government has taken an active approach to ensure that developing the country’s resources involves Ghanaians in the value chain.

The Minister recounted that after taking over a ‘broken economy’ in 2017, the current Government has managed to restore the country onto the path of economic growth.

Domestic revenue mobilization has seen significant rise in spite of the abolition of 17 “nuisance” taxes.

He indicated that the banking sector in Ghana was more robust and credible than it was about four years ago.

The Minister however acknowledged that there were still poor people in Ghana today.

However, he said “but the economy is in a healthier state than it was yesterday.”

He however complained about a tax-GDP ratio.

He appealed to Ghanaians to honor their specific responsibilities by paying their taxes, promising that the state would protect their taxes.

According to him, the Public Procurement Authority (PPA) has saved the state Ghc 2 billion over the last two years.

The Minister indicated that every Ghanaian has a role to play in achieving President Akufo-Addo’s vision of a Ghana Beyond Aid.

He urged citizens to contribute to national development and to see their contribution as an act of religious responsibility.

Again, he urged the citizenry to be mindful of their individual acts.

The Minister complained against indiscriminate waste dumping which he says for instance has caused the state to spend millions of Ghana Cedi over the years on sanitation which could have been used in improving health delivery and providing streetlights.

Mabel Okyere, Joyce Blessing, Others To Thrill Fans In Kumasi