All Set For Boys Brigade Gala 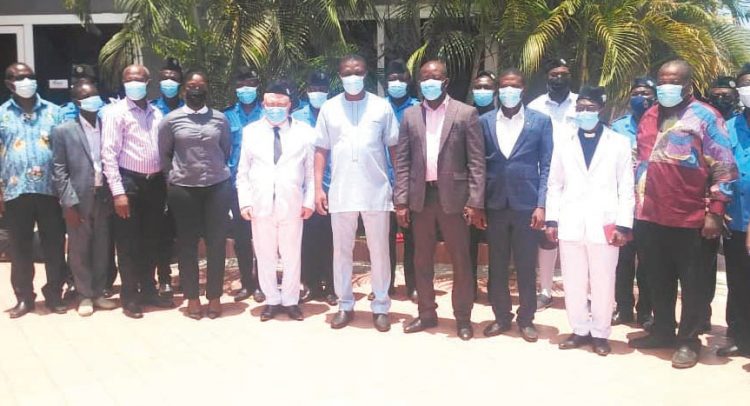 Dignitaries and some officials at the launch

The Boys Brigade Soccer Gala and Knock Out competition has been launched at the MJ Grand Hotel in Accra.

President of Boys Brigade (BB), Ghana, Moses Foh-Amoaning stated “… if you want to develop sports, the critical age is six upwards. This initiative offers Ghana an opportunity to get the basics of football right.

“BB is a regimented organisation, meaning discipline is guaranteed, and because the boys are already in school, and churches, education and high Christian values are assured.”

He added that it is also an opportunity to grow referees and coaches that will raise the standards of the game.

The competition, scheduled for June (Districts) and August (Regionals), would be played in both the U-16 and U-20  at the districts level where players will be selected to the regional level and later to the national level. Registration is ongoing.

Each district is expected to present two teams to play at the regional level and later at the national level.

Youth and Sports Minister, Mustapha Yussif, described the project as

a new  beginning for thousands of Ghanaian youth in annals of the Brigades saying,  “Sports forms vital components in our development. Government is interested in investing in the youth of Ghana since it is essential for development. The young people are the next generation of workers and leaders.

“We are optimistic that when the youth are properly nurtured and equipped, they can feed our national teams.

“The various teams and players who will be taking part in this competition must cultivate the habit of developing their skills and aspire to be great footballers since football is as a discipline has become a livelihood for many and may be same for them.

“Government will continue to support the youth, empower them for sustainable growth.

“We are prepared to support its implementation.”

Ghana Football Association (GFA) President, Kurt ES Okraku, noted that his outfit’s involvement in the project is massive because of the multiplying effect it will have on Ghana. He pledged the GFA’s full support.

It was Fred Papoe, former GFA vice president who chaired the function and pointed out that the initiative was timely because of the three pronged benefits…education, high Christian values and discipline.