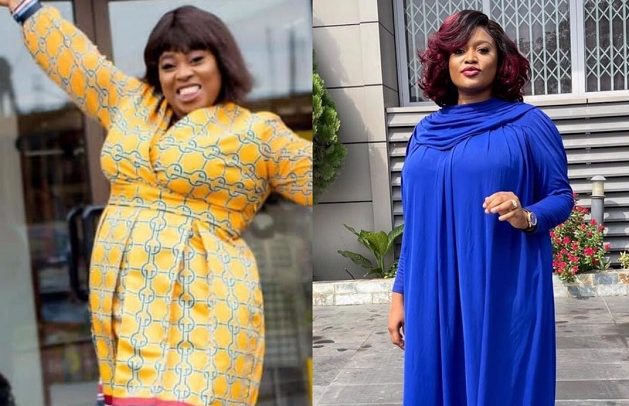 TV & radio personality, Amanda Jissih, has registered her displeasure with her colleague, MzGee for allegedly leaking audio of veteran actor, Psalm Adjeteyfio who was begging her for leftover food.

In the said audio, the popular actor known for his role as TT in the rested Taxi Driver series was recorded asking MzGee to assist him with some leftovers.

The audio has popped up barely four months after he received a GH¢50,000 cash donation from Vice President, Dr Mahamudu Bawumia and a subsequent promise by thr Greater Accra Regional Minister, Henry Quartey to give him an amount of One Thousand Five Hundred Ghana Cedis (GHS 1500) every month till January 7, 2025.

He explained in the audio that he invested the Vice President’s money which is yet to mature for him to start enjoying its profit.

Also, he alleged that Henry Quartey’s help came once and it stopped, adding that efforts to follow up with him prove futile because he was told the politician had travelled.

It is not readily known who leaked the audio but Amanda suspected MzGee saying it was wrong for her to put out the ‘private’ audio.

“He asked for leftovers and you decided to record him? What for? This is wrong Mzgee. He confided in you. If you cant help him, let him know n end it right there,” Amanda wrote in response to a Zionfelix post of the audio on Instagram.

Thanks to all who have bashed me and called me all sort of names, thanks to the few right thinking industry folks who have called.

May God have mercy on all of us! Thank God, the internet never forgets.”

This was after sharing her tweet in which she wrote, “Ghana! Herrrh! Christ me! We forget too easily! Same me,who broke story of T.T’s predicament, almost a year ago?

Same me, who put my reputation on the line and appealed for funds for T.T, almost year ago, leak our private conversation?

How gullible can I be but it is well!”