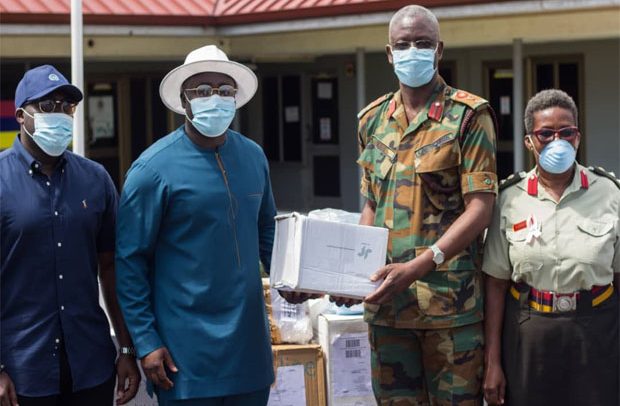 Mr. Blay in a symbolic hand over of the medical items to Col. Azumah Bugri (right) 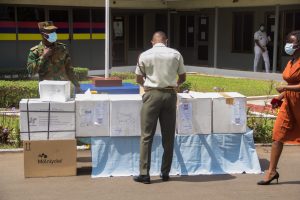 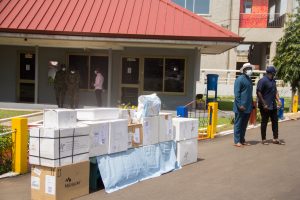 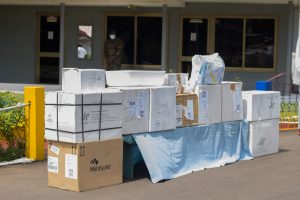 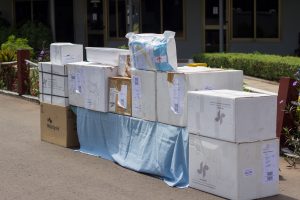 They were to support the general operations of the hospital and in particular, the trauma and surgical unit where her son was once admitted.

Ambassador Blay’s son, Kwaw Blay, who made the presentation on behalf of his mother, said the donation was to show appreciation to the hospital for the care they gave him when he had an accident at the Polo Club.

“Last year…, I fell off a horse and I could not feel anything from my waist down. I was rushed to the 37 Military Hospital and I was aided by Colonel Appiah at the trauma and surgical unit,” he said. 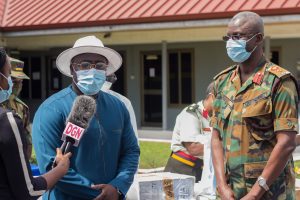 Kwaw Blay noted that but for the care he received from the hospital, his situation would have been different today.

“Personally, I believe they saved my life. That day, I was very scared, I thought I would never walk again but they stabilized me and I am now fit again,” he added. “So the medical items are to support the hospital in their good work.”

He promised to make it an annual event in appreciation of the care extended to him.

The Commanding Officer, 37 Military Hospital, Col. Azumah Bugri, receiving the items said donations such as what has been presented by Ambassador Gina Blay are part of things that help the hospital to manage patients. 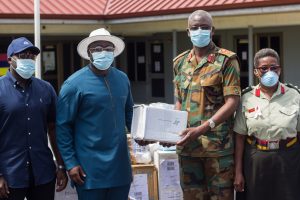 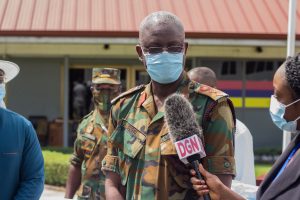 “We are grateful that people show appreciation for the services we render to them by giving us what we can use to take care of others who come here and are unable to take care of themselves,” he indicated.

He assured that the hospital will put the items to good use.
“We want to let your mother, Her Excellency Gina Blay, and the entire family know that we have received the items and we are very happy for the gesture and we look forward to you coming next year to do it once more, we are most grateful and God bless you,” Col. Bugri said. 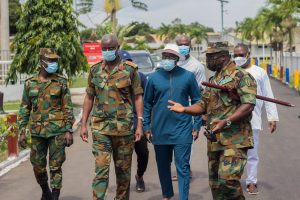 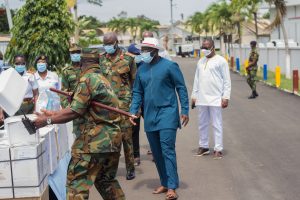 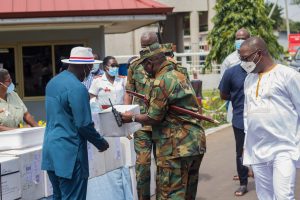 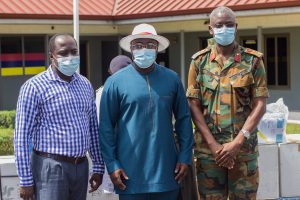