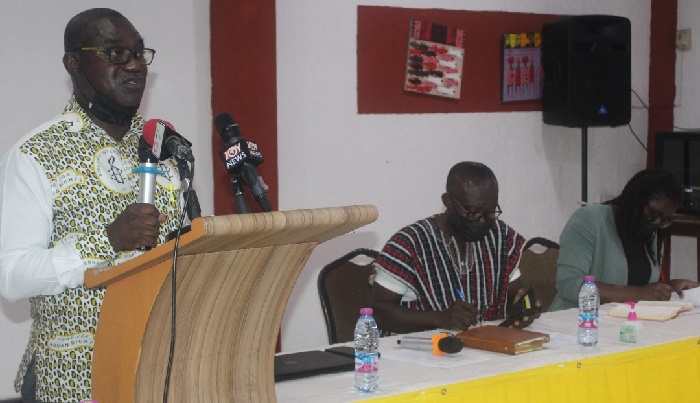 According to the organization, its main focus is on the protection of the fundamental human rights of people and not the promotion of LGBTQ+ practice.

He, however, noted that the human rights protection organization respects the position of members of government, selected media houses and individuals on the matter.

“As a human rights organization that works for the enjoyment of fundamental human rights and freedoms of all without distinction, we respect every one’s views and opinions,” he stressed.

He further stressed that the State has obligations to respect, protect and fulfill the human rights of everyone within its jurisdiction, without discrimination on the basis of gender, ethnicity, social origin, political opinion or other prohibited grounds.

“These human rights include the right to life, the right not to be subjected to torture or other cruel or inhuman or degrading treatment or punishment, the right to fair trial, the right to freedom of expression, including to freedom to seek, receive and impact information and ideas, and the right to adequate standard of living. Many of these rights are also recognized in Ghana’s Constitution,” he said.

He however mentioned that issues violence against women, death penalty, overcrowding in prisons and other places of detention, excessive use of force and firearms by law enforcement officers, assault and harassment of journalist and discrimination based on sexual orientation are still persistent in the Ghanaian society.

The organization therefore called on the government to ensure that all international human rights obligations are fully implemented in Ghana’s national legislation.

“Amnesty International calls on the government to take the necessary steps to ensure the prompt ratification, without reservation of the second optical protocol to the international covenant on civil and political right on the abolition of the death penalty and the optical protocol to the convention against torture and other cruel, inhuman or degrading treatment or punishment.

Ensure Ghana complies with its reporting obligations under international and human rights treaties by presenting all overdue periodic reports to the relevant treaty monitoring bodies,” he added.