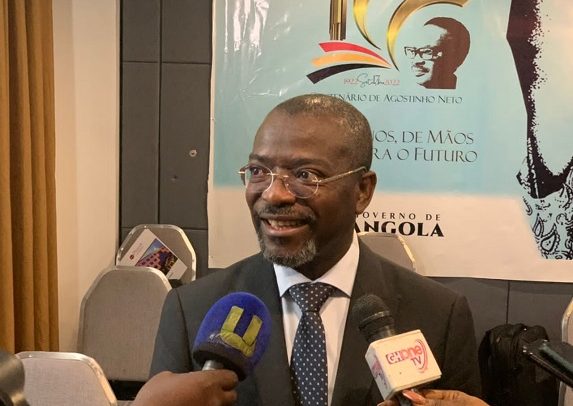 THE ANGOLAN Embassy is set to mark the centenary anniversary of the founder and first president of the Republic of Angola, the late Dr. Antonio Agostino Neto in Accra.

The celebration is scheduled to take place between September 10 and 17 this year featuring various activities including a lecture on the life and legacy of the Angolan founder; a football tournament, art exhibitions and a music show.

A brief ceremony, under the auspices of the Angolan Ambassador to Ghana, His Excellency João Baptista Domingos Quiosa, was held over the weekend in Accra which had in attendance the Ambassador of the Republic of Zimbabwe, a representative of the Embassy of the Republic of Namibia among a host of other dignitaries to launch the event.

In his remarks, Ambassador Quiosa paid a glowing tribute to the memory and legacy of the Angolan founder and leader, describing him as a pan-Africanist, a great poet, and national hero who, through his life and profession as a doctor, played a remarkable role in the fight for the freedom of Angola and its neighbouring countries from colonial rule.

“After Angola’s independence was proclaimed, he was not satisfied because he defended the ideas of black man’s freedom; and it was in this sense that he considered that in Zimbabwe, Namibia and South Africa, there must be the continuity of the struggle for the independence of the people of southern Africa region”, he said.

According to him, the late President Neto was a man who sacrificed his youth and most of his life for the liberation and welfare of Angola; believed in the unity of the African continent and held the view that the wealth of the nation belonged to the people, adding that he was a true son of the land.

Ambassador Quiosa further noted that with September 17 being the Angolan National Hero’s Day, the activities earmarked for the weeklong celebrations were put together with a view of enhancing the unity and solidarity among African nations, while cementing the shared values of Africanism between Angola and Ghana and other African countries.

He disclosed that the event would also see some top Angolan music stars coming to perform in Ghana.

On the unity of Africa, Ambassador Quiosa emphasised: “We [Africans] are one people. We are one nation. It is the colonial masters that put frontiers between us.”